Many fans of Japanese ice skating were left heartbroken after the country’s top figure skater, Yuzuru Hanyu, failed to land the opening jump of his Olympic routine. Dubbed Japan’s Ice Prince, Hanyu is the reigning champion of men’s figure skating. Hanyu began his 2022 Winter Olympics run with the men’s skating short program. But the champ failed to complete a quadruple Salchow, a difficult jump involving 4 mid-air revolutions, at the start of his performance. Instead, the Ice Prince of Japan succeeded in landing only a single Salchow.

During a press conference after the event, Hanyu said to the media that his failure to complete the complicated jump came down to a small hole in the ice that his skate hit just before he launched into the jump.

“When I took off, I (stepped) in some hole — maybe, some other skater was doing a toe loop, or a flip, I don’t know. But I was on a hole, so I couldn’t take off for the first jump… But actually, I didn’t feel anything bad,” Hanyu said of the foiled attempt. “I was saying to (myself) — okay, this is not working. So I just focused on the next part. I really love to hear the music, and I love to skate to this music.” 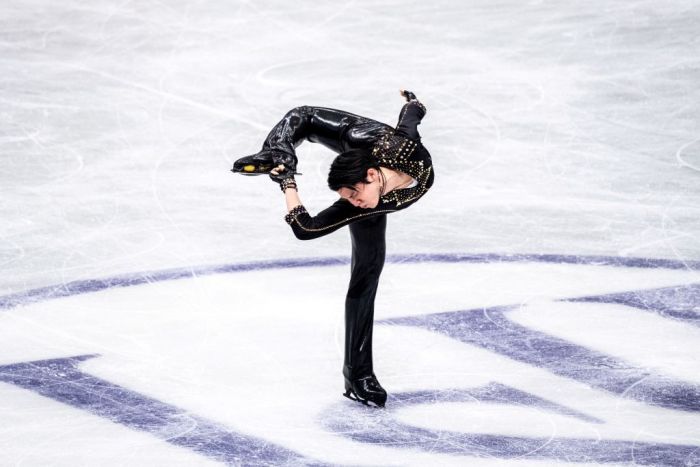 The missed jump saw Hanyu ending the contest with an unusually low score of 95.15 for the Japanese athlete. The score could be a big problem for the Ice Prince as Hanyu has his sights set firmly on winning his third gold medal this year in Beijing.

Devastated and disappointed fans were supportive of Hanyu online, many praising the ice skater for his resilience in the face of what could prove to be a competition-ruining setback. Despite the failed jump, Hanyu is still expected to complete a quadruple Axel, a jump that has never been successfully performed by any skater.