In 1894, the French baron Pierre de Coubertin refounded the Olympic Games during a congress at the Sorbonne. The games were considered to be a union of “brawn and brains”; something only men were considered to be capable of. It was entirely understood that women were not to be a part of the game, which is why the formal rules of the Olympics did not even see the need to formally exclude women.

The first time women competed in the Olympics was in the 1900 Paris Games. It included 22 women, mainly of French, Belgian, Italian, and Russian origin. These 22 women were the only ones representing their sex out of a total of 997 participants. Interestingly, each sex competing separately. Also, even as the participation of women gradually grew over the years, their participation was still limited to so-called feminine sports, such as tennis, sailing, and figure skating. It was thought that excluding women from strenuous sports would protect their femininity and fertility, as well as maintain decency.

The effects of gender have also always been present in the composition of the IOC, which was exclusively masculine until 1981. It was not until 2007 when the Olympic Charter affirmed that: “The IOC’s role is to encourage and support the promotion of women in sport at all levels and in all structures with a view to implementing the principle of equality of men and women” (2015 Olympic Charter, Rule 2, Paragraph 7). 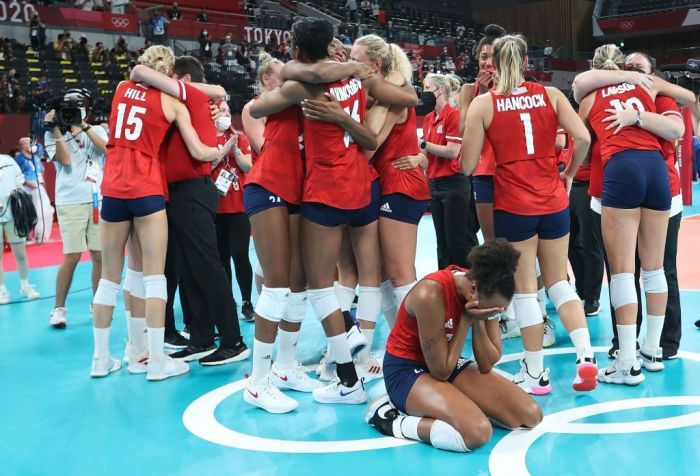 The participation of women in the Olympic Games has tremendously grown since. In 2021, nearly 54 percent of the American athletes competing this year were women and many of these earned medals in the games too. Some notable sportswomen were Simone Biles and Sunisa Lee, both of whom are gymnasts. Miss Biles is considered to be one of the best gymnasts the country has had and she set a record this year by winning her seventh U.S. title. Miss Lee, on the other hand, is only 18 years old and she managed to come in second behind Simone Biles on the first day of the games