American YouTube star now up and coming Boxing star, Jake Paul is someone the world has been keeping an eye on. Jake along with his brother Logan –who fought champion boxer Floyd Mayweather– have a background in high school wrestling but both came to know fame as social media personalities and later moved to more traditional media. Jake has made a big splash in the boxing world by having won all five of his fights.

In Jake’s last fight he managed to knock out former UFC champ Tyron Woodley, which came as a big surprise to many as the general thought was that Tyron Woodley would be the one emerging victorious. With Jake being an inexperienced fighter it’s not hard to see why many would underestimate the budding young athlete however, the fight with Woodley proved that he could not only hold his own with one of the best fighters but could come out on top.

This has of course piqued the interest of many fans and has drummed major buzz around who the next person the young boxer would be taking on will be. From what the rumor mill has started pushing people like Nate Diaz, Conor McGregor, and even boxing legend Mike Tyson seem to be at the top of the list for Jake’s potential opponents. It is also no secret that Jake would like to meet these men in the ring. 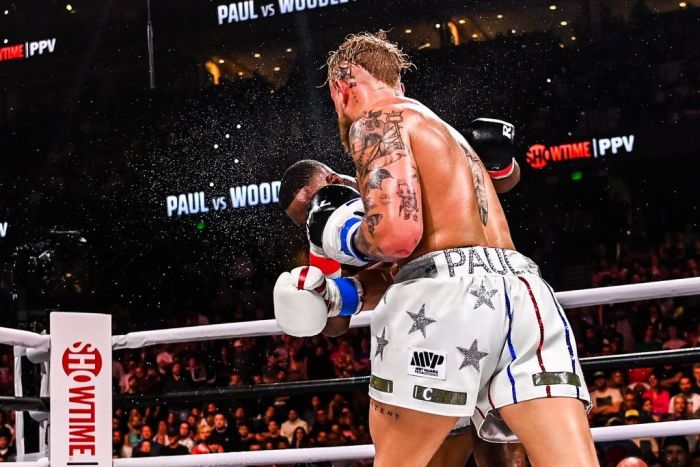 With Jake gearing up for action during the second quarter of the year, many are excited for the announcement of who he will be up against. While Jake is known for being very open about who he would be fighting against as of late he has been focused on the business side of sport with little to no news on his next match. But no matter who he fights it is sure to be an event no one will want to miss.