One of the most important figures in NASCAR and a giant in that organization is Dale Earnhardt Jr. He has devoted his life to NASCAR despite having given up full-time racing and moving on to careers as a team owner, broadcaster, and author. But who is NASCAR driver Dale Earnhardt Jr.? The answers and details regarding one of the most adored NASCAR drivers are provided below. Earnhardt has always had a passion for stock car racing. Third-generation Cup Series star Dale Jr. was Born and bred in Kannapolis, North Carolina, also known as “Little E.” 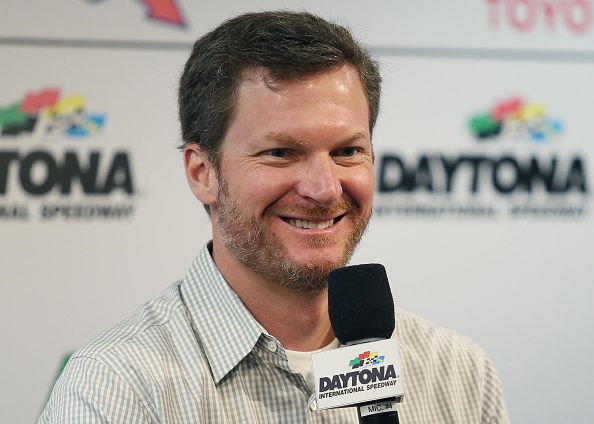 Earnhardt participated in nine Busch Series (now the Xfinity Series) races in the 1996 and 1997 seasons, driving either for his father’s team or one owned by Ed Whitaker. This was Earnhardt’s first time competing in a NASCAR event. Dale Earnhardt, Inc. gave him a full-time Busch Series seat in 1998. (DEI). In his debut season, Dale Jr. won the Busch Series Championship, and the following year, he successfully defended the championship against challenger Matt Kenseth. When Dale Jr. was finally given a full-time Cup Series driver position in 2000, he had a significant impact while competing for DEI in his now-famous No. 8 Budweiser-sponsored Chevrolet.

Dale Jr. continued to compete, enjoying solid seasons and winning the 2004 Daytona 500. He departed DEI in 2007 to drive the No. 88 vehicle for Hendrick Motorsports because he believed he would have a better chance of winning a title there. In 2014, Earnhardt won a second Daytona 500. Dale Jr. had 26 victories and 15 pole positions to his name when he decided to stop competing in the Cup Series full-time after the 2017 season after sustaining several concussions. Additionally, he received an astonishing 15 consecutive votes for Cup Series Driver of the Year, a NASCAR record. Dale Earnhardt Jr. entered the NASCAR Hall of Fame in 2021.