What Does It Take To Be A Professional MMA Fighter?
By Alexandra Wade - April 23, 2022

MMA fighters just like any other professional sportsmen dedicate years of their lives to training to be able to compete on a professional level. While how athletes get into many other sports seems to be common knowledge, it seems as though many don’t know what these fighters actually have to do in order to compete at the highest level of the sport. And with MMA being one of the fastest-growing sports worldwide the interest in becoming a professional MMA fighter has grown tremendously. While we may not be able to hit every single thing that goes into becoming an MMA fighter we will be giving a rundown of what the basic requirements are.

Three years of experience in kickboxing, Muay Thai or a blue belt in Brazilian Jiu-Jitsu, and any other experience with any other form of martial arts would make you a great candidate for an amateur MMA fighter. While around four or five years of training and a brown belt in Brazilian Jiu-Jitsu may make you eligible for pro-MMA. However, you need to not only be a good fighter but also have the right personality. MMA promotion companies look for fighters who bring something special to the octagon. 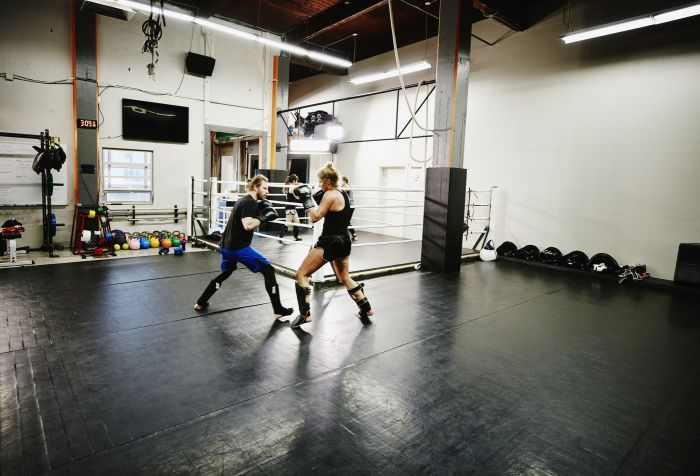 While MMA fighting may be a fruitful career the road to getting there is not a glamorous one, but if you are willing to put in the work it is sure to pay off. With many other professional sports, you have to start your training at a young age but with MMA it is best to start your training when you are about fifteen to sixteen years old, that is because you have to be physically ready for the strain your body will have to endure. One requirement of becoming an MMA fighter is that you are mentally strong as well as physically. You will be putting your body and mind under an immense amount of pressure.