In 2016, Griner competed for the United States women’s Olympic team, which she helped win in Rio. Griner expressed her disapproval of the Star-Spangled Banner in 2020, saying she wouldn’t perform while playing the anthem before games. Griner was selected for the American women’s national team in 2021 and competed in the Olympics in 2020, taking home her second gold medal. Griner is one of only 11 women to win an Olympic gold medal, an NCAA title, a FIBA World Cup gold medal, and a WNBA title. Russian Customs allegedly apprehended Griner in February 2022 after discovering cartridges carrying hashish oil in her baggage. 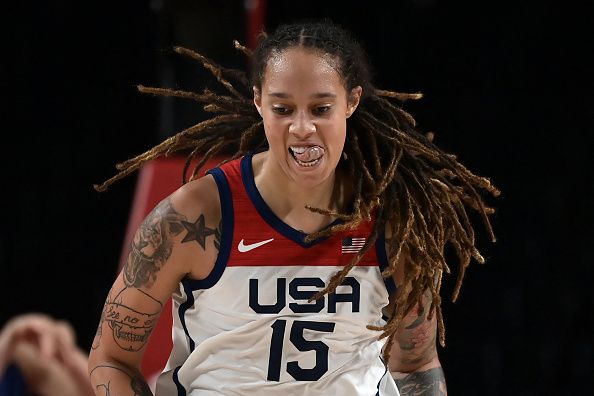 Brittney Griner represented Baylor University on her collegiate squad as a center for the Baylor Lady Bears. Since joining the club in 2009, the 6’8″ center has significantly affected her squad. As a freshman, she became one of the best shot blockers in women’s college basketball after setting the record for most blocked shots in a season with 223 as a rookie. In the Elite Eight of the 2013 NCAA Women’s Tournament, Griner and the Lady Bears lost to a Louisville team that stopped one of the most dominant female basketball players in history, 82-81, in Griner’s final season of competition with the Lady Bears.

Brittney played various sports while she was a student at Irving, Texas’ Nimitz High School. When she was a varsity team member, she was also a talented volleyball player. Brittney could use her basketball blocking techniques in volleyball, whether blocking a shot or spiking a point. Griner has received several honors over her illustrious career. The two most coveted honors she received were the AP Play of the Year and the Most Outstanding Player in the NCAA 2012 Women’s Tournament. Griner was the main factor behind the Baylor Lady Bears’ run to their second D-1 championship in the Tournament.