Major League Soccer (MLS) was founded in 1993 as the United States’ first professional soccer league. The MLS consists of 23 teams located across the U.S. and Canada. The league’s regular season runs from March to October, followed by playoffs in November and December. The MLS Cup is the championship game held at the end of each season. The winner of the MLS Cup receives the Lamar Hunt U.S. Open Cup trophy. In addition, the MLS All-Star Game is an annual exhibition match between two selected players from the top six finishers in the previous year’s MLS regular season standings. The game is played annually in mid-July. 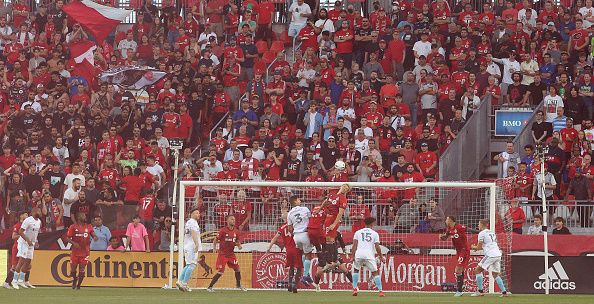 The MLS Player Combine is an event where prospective draftees participate in various drills and tests to determine their potential draft position. The combine takes place over three days and is hosted by the MLS club that drafted the player. The MLS SuperDraft is the annual draft for newly drafted players who have not signed with any team. Each MLS franchise holds a separate draft, with the number of picks varying depending on the market size. Finally, the MLS Expansion Draft is an annual event where expansion clubs select unprotected players from the current roster of existing MLS teams. Players selected cannot play for the new team until they have completed their contract with their original team.

The MLS Re-Entry Draft is an annual event in which players whose contracts expire after June 30 may re-sign with their former team. Teams may protect 11 players from being chosen in the draft. The MLS Goalkeeper Camp is an annual event where goalkeepers compete for a spot on the MLS roster. Both amateur and professional goalkeepers are welcome to attend the camp. The MLS Disciplinary Committee is in charge of upholding the regulations governing player behavior and conduct. The MLS Fair Play Award honors the MLS team with the finest fair play track record. In addition, the MLS Team of the Week recognizes each player’s accomplishments over the week.