Tom Brady spoke out against the NFL’s new 17-game schedule on the latest episode of his podcast, Let’s Go.

Brady didn’t spare any of his disdain for the new scheduling, saying “I think it’s pointless. I thought it was a terrible decision… I don’t like the fact that we’re playing a 17th game at all. I think 16 is plenty”.

However, he did offer the caveat in his criticism that the majority of players don’t play all the games in the schedule: “A lot of guys probably miss games over the course of the season anyways, so they probably don’t play 16 games.” 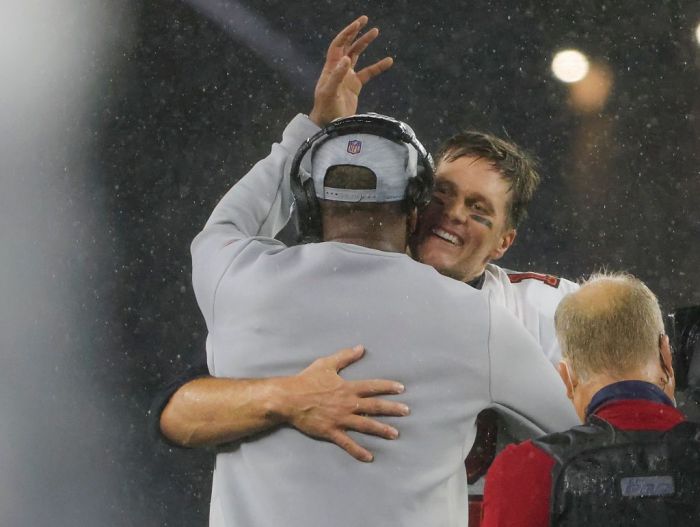 Brady went on to add that the NFL schedule has increased the amount of time players are spending on the field, whereas in other sports, such as boxing, competition time has been lessened. He made clear his frustration when it comes to the negotiations between the players’ union and team owners.

He made it clear that, in his opinion, the union wasn’t coming to the table with a strong enough voice when they spoke on behalf of the players: “Our union hasn’t proven that it’s strong enough to withstand the pressure from NFL owners.”

Brady has increasingly become a vocal participant in the players’ camp, using his position to advocate for better deals for himself and fellow players. Notably, he asked players to skip offseason workouts earlier this year to help negotiate for a better offseason program.