At first glance you might think that Mixed Marchal Arts is a “man’s sport” and the women just watch and cheer. But you couldn’t be further from the truth. There are in fact dozens of women that thrive in this male-dominated sport. Yes, things can get a bit rough, but these women definitely know how to throw and take a punch. After all, they have managed to snag major championship titles.

First on our list is a record-breaker and record holder. We are talking about Brazilian UFC superstar Amanda Nunes. Amanda has managed to maintain her position as UFC Women’s Bantamweight and Featherweight Champion. It is also important to note that she is the first woman to have two UFC championship titles. While working her way up to her titles, Amanda has faced off and defeated heavy names such as Ronda Rousey.

Next, we have a lady who has definitely made a huge name for herself. Ronda Rousey is an American fighter who is the first American woman to win an Olympic medal in Judo. Rousey has had such a big name for herself that she was the first woman to be inducted into the UFC Hall of Fame in 2018. But if that’s not enough she also has a record of 12 wins and 2 losses. That’s right, she hardly ever losses. 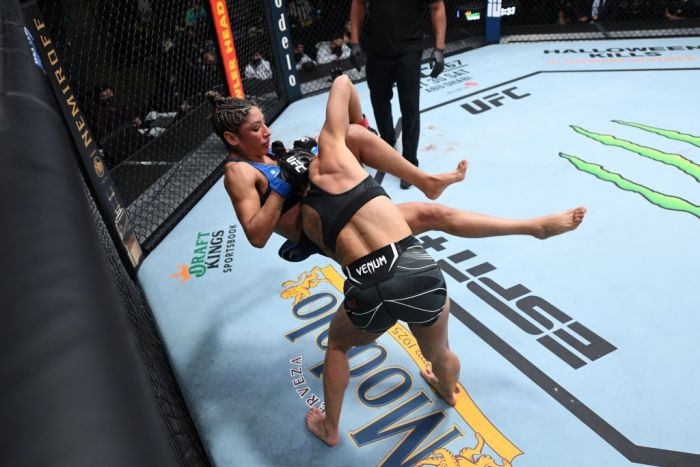 Lastly, we have Polish fighter Joanna Jedrzejczyk. Not only has she won titles in UFC but she has also won world championships in kickboxing. With that, she is also a former UFC Women’s Strawweight Champion. Now this may come as a surprise but Joanna has managed to win the most tilted fight and she holds the most wins in UFC Women’s Strawweight history. These are just three of the top female MMA fighters and we can clearly see why they are considered the best.