Zane Smith landed in a NASCAR Cup Series vehicle last weekend thanks to a perfect combination of circumstances. While a few owners have vehicles with shared rides, like Kaulig Racing’s No. 16 Chevy, most lineups are set from Daytona until the Championship 4 in Phoenix. Unfortunately, Chris Beuscher, one of the two racers, caught the Covid. In such cases, team owners always have a backup plan in place. That backup is almost always someone from the Xfinity Series, one tier down. However, because of timing and location, that was not possible this time. NASCAR’s Xfinity program was making its debut in Portland, around 2,000 miles away.

Keselowski called on Smith to fill in for Buescher. Smith performed admirably in his Cup Series debut, finishing 17th a day after finishing ninth in the truck race. Keselowski finished 20th, three places behind his emergency pinch-hitter. Zane Smith is in a fantastic position to go from the truck series to a full-time Cup Series career. According to sources, he would have been there this season if Chip Ganassi Racing hadn’t dissolved its program. Whenever there are opportunities, Xfinity Series is on the shortlist of applicants. Combined with the circuit’s own turnover, it creates opportunities for top truck series drivers. 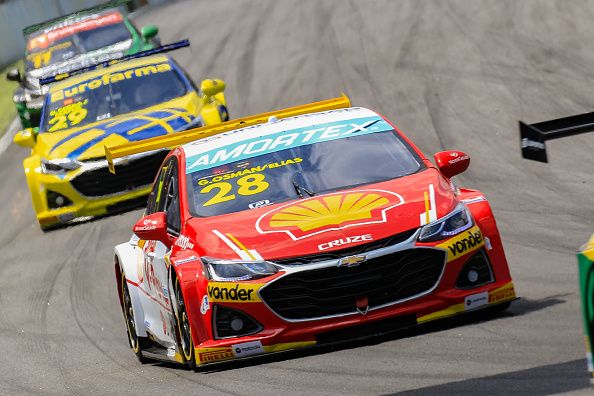 Zane Smith, born in June 1999, has only competed in one NASCAR Cup Series race. Nonetheless, we can think of at least a few drivers on the sport’s elite circuit who would have to admit Smith’s future looks better than theirs. Smith is in the heart of another competition for the Camping World Truck Series championship after two consecutive runner-up finishes, and it should be time for him to rise. It’s inevitable, but it’s also easier said than done.

Zane Smith had never driven a lap in a Next Gen Cup vehicle before this weekend. But in Sunday’s 300-mile race at World Wide Technology Raceway, he turned all 240 of them. Key highlights from his race included him evading a multi-car crash on the front stretch midway through the second stage and finally working his way into the top-20 in the final 95-lap stage, which featured four cautions.