With some of the most devoted followers and highest box office receipts, college football is perhaps the most popular sport in the country. The stadiums are equally enormous. The Big House, often known as Michigan Stadium, sits at the top of the list. The Big Ten conference’s Michigan Wolverines, a dominant football team, is based in Michigan. The most college football victories ever were earned by this institution. This stadium can accommodate 107,601 spectators, more than the most prominent NFL stadiums. It makes sense that a team as powerful as the Wolverines would have a stadium that stands out from the crowd. The stadium boasts an exhibit honoring the Michigan Football Hall of Fame and an entire level set aside for upscale suites.

Over 100,000 spectators can fit within Beaver Stadium in State College, Pennsylvania. This enormous building, the second-largest stadium in the nation, had its most recent makeover in 2001, adding 12,000 seats. The Penn State Nittany Lions play in this stadium. The Big Ten league’s Nittany Lions have one of the finest records in college football history and have received two national championships in addition to five conference crowns. One of the top football teams in the nation plays in State College, often known as “Happy Valley.” 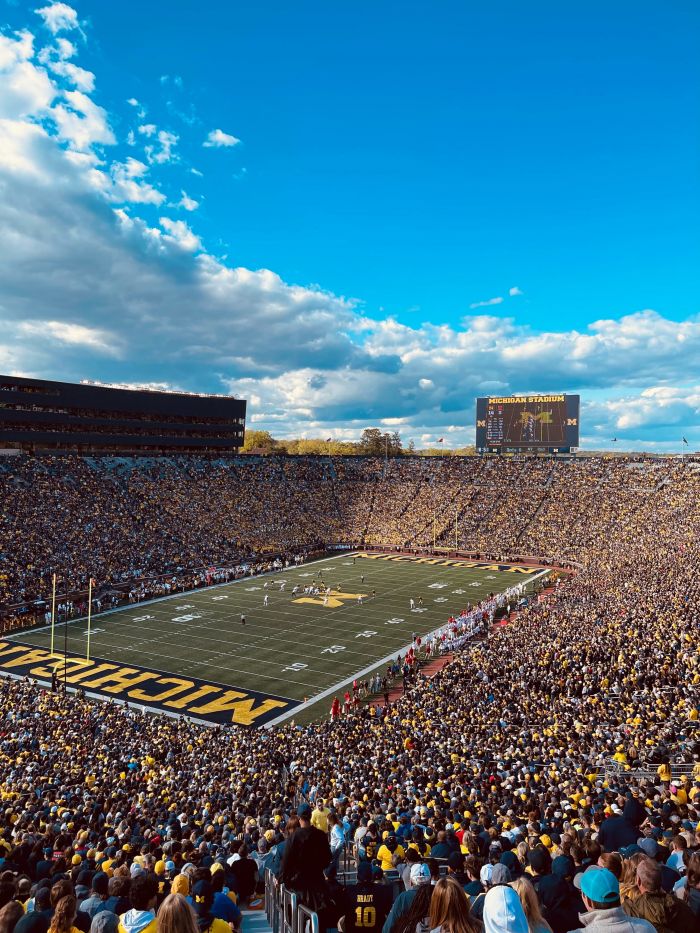 The third-largest college football stadium ranking is held by Ohio Stadium, which has a total seating capacity of 102,780. Over 36 million spectators have attended the stadium since it played home to its inaugural game in 1922, and the enormous sea of crimson has come to symbolize college football in the country. The Ohio State Buckeyes, a stalwart in collegiate football for many years, call this stadium home. The stadium routinely hosts concerts; acts like Taylor Swift have performed in the past.