Many 76ers fans would have seen a disappointing game from the team in the last week, and some commentators will tell you that this comes down to who they had on the court. It is no secret that the team was depending on James harden to deliver the top-quality performance that he usually does but as of late that has not been the case. Many sources have been vocal about Harden’s lackluster performance this season citing that this is not the Houston Harden we love to see. The big question is will this be the last we see of Harden or is this just an adjustment period.

Well, many believe that this may actually be the end for the player as he has not been giving his all on the court. It is sad to see such a great play reduced to silence unable to account for what fans have been seeing. Many find that this change in attitude towards that game came at the worst possible time for Harden as many expected him to thrive in this team and do not see that is quite disheartening. There may not be another chance for the player to redeem himself after this and it seems as if the higher-ups have made up their minds regarding this situation. 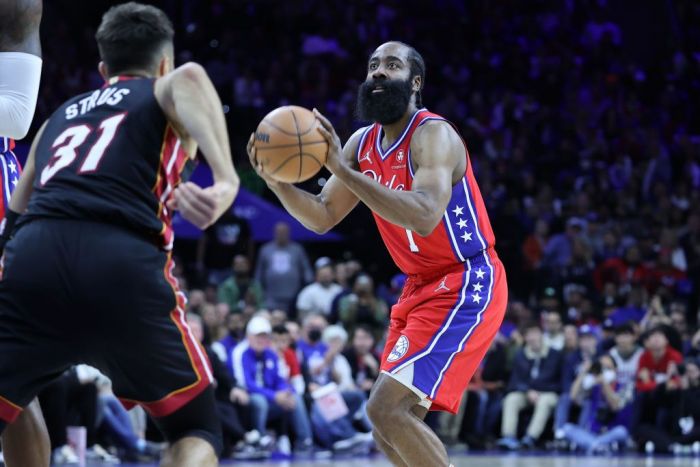 After a crushing loss this past week it is not hard to see where management may be coming from. This may be sad for fans of the player but it may just be the right decision for the team to move forward in a direction that they would like to go. With that, all said, nothing is official as of yet so you may still hold out hope but it does not look good for hardening at the moment, there would have to be major changes if he would like to keep his place on the court.