There are many motives to be envious of supporters of teams in the College Football Playoff. Still, the one that applies the most to this weekend is that the mental and physical effort required to walk the tightrope between now and the end of the regular season will be sufficient to burn off the calories from Thanksgiving. There won’t be people dozing off in living rooms in Baton Rouge, and Los Angeles as the rest of us watch the holiday weekend’s football games in between naps and platters of leftovers. Let’s look at what the top teams will need to do, or in some cases, what they’ll need to happen, to get there since we know that a CFP berth is on their wish lists. 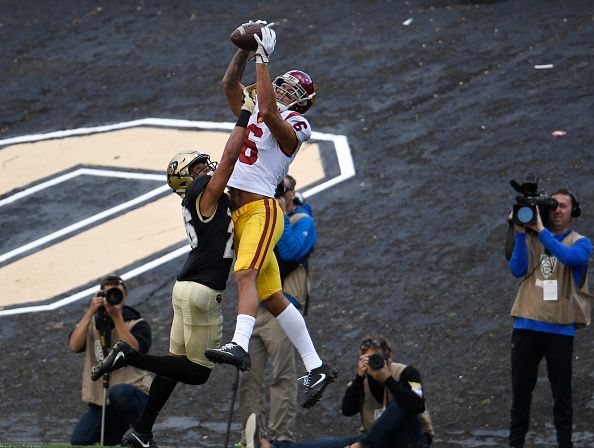 The argument for the USC Trojans was strengthened by Caleb Williams’ 503 yards in a victory over UCLA, which satisfied all the criteria deemed necessary by the panel. A one-loss non-conference champion will not be allowed in over the SC brand. Thus, all the Trojans need to do is win two other games to make them the third Pac-12 team to qualify for the playoffs. Acquiring those two Ws is challenging because it is simpler to say than do.
All Brian Kelly’s new team needs to do is defeat Georgia and Texas A&M to go to the playoffs. This year, a victory over the Dawgs is more than sufficient for persuading me that a club deserves a playoff spot, and I believe the panel will feel the same way.

The casual supporter is divided about whether Kelly deserves any prize and how much LSU deserves this. Playing a challenging non-conference opponent seems to matter more than if you succeed. Sonny Dykes’ group has the most straightforward path to a CFP bid among the unbeaten teams, with only Iowa State and maybe Kansas State standing in their way. It seems like TCU’s perfect season looks its mortality in the face every week, but they still find the heart and grit to win. Funny enough, Max Duggan, the starting quarterback, is referred to in identical terms.