There are many names that come to mind when discussing Olympic swimming but only a few have achieved the prestige of receiving gold at the highest level of their sport. This is an achievement that many swimmers work their entire careers towards as it not only highlights them as one of the best in their sport but also brings pride to their home country. While this may be a dream for many a few have achieved this not once but multiple times.

Micheal Phelps is one name that can not be missed when speaking of Olympic gold medalists in swimming. With twenty-three gold medals under his belt the most of any swimming olympian, it is not hard to see why he is touted as the best in the sport. His achievements far surpass those of his fellow competitors. The person closest to him in rank is Mark Spitz who has nine gold medals.

It seems that the United States of America has a monopoly on the top racks of Olympic swimmers. With nine of the top ten Olympic swimmers being American we can tell that the sport is a great source of pride for the country. Caeleb Dressel seems to be the new star of the American team winning his seventh gold during the 2020 summer Olympics. But you should not count out the rest of the countries just yet. 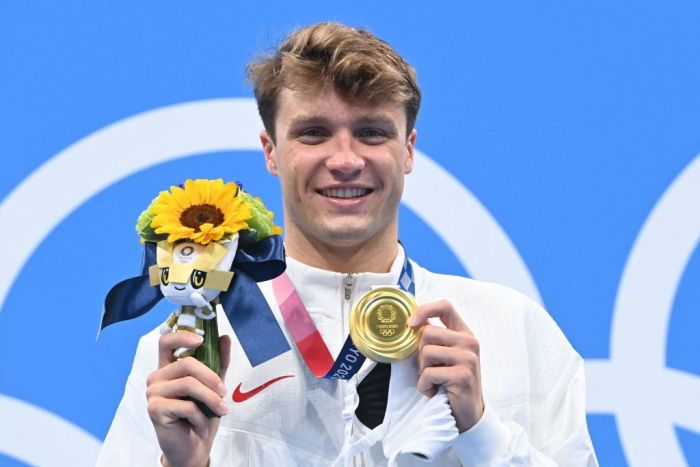 The seventh rank among the top Olympic swimmers belongs to Ian Thorpe an Australian swimmer. With many in the top rankings being retried these positions may change as young talented swimmers enter the pool. We can look forward to the next Olympic games and who we might be seeing in these top ranks. Young swimmers are very dedicated to making their mark in the world of swimming and strive to reach gold.