Tottenham Hotspurs, also known as Spurs, came out victorious against Norwich City with a 3-0 in Sunday’s Premier League game. Son showed off his new Spiderman-inspired web-shooting celebration after scoring the third goal in the match on Sunday for the Spurs.

The new celebration comes after Son’s meet-up with the Spiderman actor Holland, who is a self-described Spurs fan. Son and Holland posted a video for the SpursTV YouTube channel to bring attention to the team and Holland’s new film, “Spiderman: No Way Home.”

The Spurs posted a short clip of the video on Saturday. The video showed Son first meeting Holland, as well as Holland signing a Spider-Man Funko Pop figure for Son and Son giving Holland a Spurs jersey. 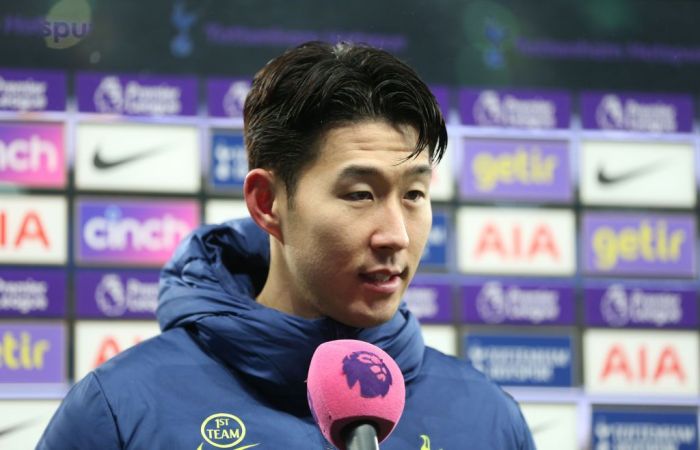 Holland has said previously that he has a deep love for soccer. Earlier this year, he gave strong words of critique to the trolls who racially abused England’s black soccer stars after the national team lost in the Euro 2020 final. Holland also said in a recent GQ interview that his ideal Champions League final would be between Spurs and Brentford FC as Brentford is the team his uncle supports.

“Spiderman: No Way Home” hits cinemas and streaming platforms on December 17 and is the much anticipated third installment of the new Marvel cinematic universe “Spiderman” franchise, with Holland as the lead.

The film will also star antagonists from across previous “Spiderman” films, even those from before Holland took the lead role. The cast will include Willem Dafoe who played Green Goblin and Alfred Molina who played Doctor Octopus in the Tobey Maguire Spider-Man era as well as Jamie Foxx who played Electro in “Amazing Spider-Man 2” during Andrew Garfield’s run as the superhero.