The Houston Texans’ Jonathan Owens was instrumental to the team’s surprising victory over the  Los Angele Chargers on Sunday afternoon. His girlfriend, the legendary superstar gymnast Simone Biles, was in the stands to watch it happen.

Owens, a 26-year-old safety, has had a storied career in the NFL, moving from the bench to the practice teams time and again in his 3 years of professional football. However, this past weekend Owens seemed to finally come into his own, having his first NFL interception as well as his first recovery following a fumble on the field.

With only four minutes on the clock before halftime and with the Chargers likely to establish a two-point advantage, Owens nabbed the Chargers’ quarterback Justin Herbert from just a few yards short of the endzone.

The tackle likely prevented a touchdown and helped put the Texans in a position to take the lead on the counterattack got a rallying reaction from Houston’s defense and got called out on the broadcast. Even Biles scored a mention. 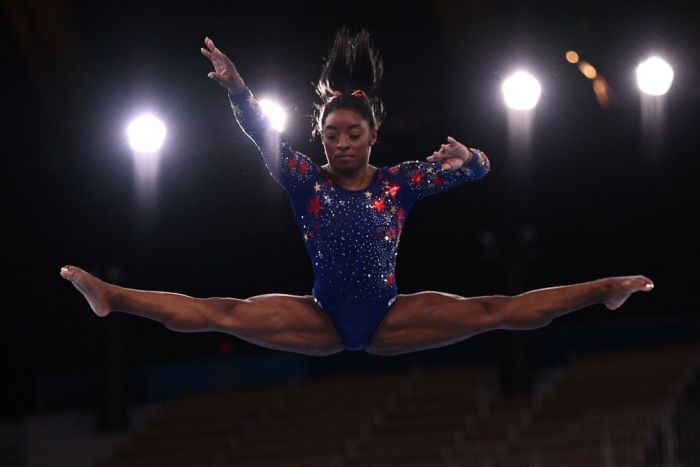 Biles was sitting in the stands, wearing a #36 jersey and could be seen shouting her support at the NRG Stadium as Owens made one of the defining catches of his career thus far.

Biles shared the moment she celebrated her partner’s play on her Instagram with her 6.9 million followers. The story she posted showed off her cheers, celebrity friends and her celebratory drinks with Owens.

Post-game Owens spoke tp Texans writer Deepi Sidhu and explained how meaningful it was for him to have both his mother and girlfriend in the stands supporting him:

“My mom, she’s been with me every step of the way, and just having those two in the stands supporting me, I can’t describe the feeling.”