Sean Payton is a brilliant offensive strategist. In 16 seasons during his tenure in New Orleans, the Saints ended first in total offense six times, twice set league scoring records, and four other times had top-three scoring offense. Over 12 years, from 2006 to 2018, they amassed more yards than any other club in NFL history. And much like the Avatar, he vanished. The Saints offensive has collapsed since he was replaced. As a studio commentator for FOX, he reached quarterback nirvana. We didn’t bury Payton’s career, though, unlike the majority of departed coaches. It was anticipated that he would return following a hiatus, perhaps as soon as 2023. 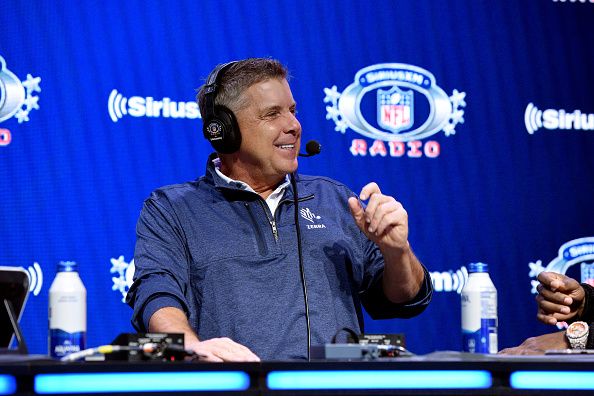 He tried to bring Tom Brady, who had “retired,” to Miami to fill the gap, but that scheme failed. Since then, he has chosen to divulge insider football information on Colin Cowherd’s sofa. That could not continue, though. According to ESPN NFL reporters, Payton has focused only on the Arizona Cardinals and Los Angeles Chargers. Payton has choices, but he rightly has his sights set on teams who have franchise quarterbacks. Concerning quarterback situations, Los Angeles is the most steady. They mismanage Justin Herbert, however, and severely lack offensive creativity. Herbert has lost favor with offensive coordinator Joe Lombardi. His throwing game has suddenly taken on the traits of Chad Pennington, despite being praised for his devastating downfield passing during his first two laps around the NFL sun. It’s commonly known that Arizona has issues, and Kliff Kingsbury’s offensive prowess has been exaggerated.

He neglects to use pre-snap motion, his teams lose interest in the second half of the season, and his rapport with his QB is rocky. The Payton report ought to make Brandon Staley and Kingsbury nervous. Despite Staley’s Chargers offense having a difficult season, he has more love in LA than Kingsbury has in only half the time. Despite Kingsbury’s appointment as an offensive mastermind, the Cardinals have never finished in the top ten in scoring. The Dallas position had previously been linked to Payton. Payton realized he needed a backup strategy after witnessing the Cowboys annihilate the Vikings.