The Sacramento Kings have been trying to adjust this NBA offseason to position themselves for success into the upcoming 2022–23 season after missing the playoffs for 16 straight seasons. Many new players are on the Kings roster, including veterans Kent Bazemore and Quinn Cook, who signed deals with Sacramento on Wednesday. According to a team release, the Kings signed Cook and Bazemore, though the specifics of their agreements were not made public. It would not be unusual if Bazemore and Cook had some non-guaranteed clauses in their new contracts. The team already has 12 guaranteed contracts on their roster for the next season and several players with partially guaranteed or non-guaranteed clauses. 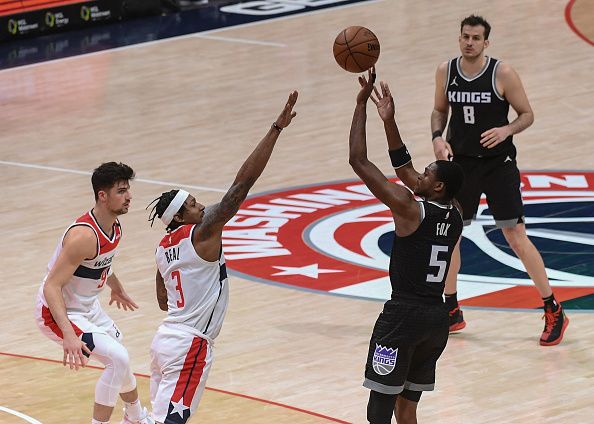 Recent Los Angeles Lakers player Kent Bazemore played 39 games and averaged 3.4 points and 1.8 rebounds during the 2021–22 season. He has played for the Sacramento Kings during the 2019–20 season and is getting ready for his 11th year in NBA. Since the 2020–21 NBA season, when he was a member of the Los Angeles Lakers and Cleveland Cavaliers simultaneously, Quinn Cook has not participated in league action. Cook has also suited up for the Dallas Mavericks, New Orleans Pelicans, and Golden State Warriors over his career.

Quinn Cook has played in 188 games, scoring 6.4 points, pulling down 1.7 rebounds, and dishing out 1.6 assists per contest while hitting 40.8 percent from beyond the arc. With the Stockton Kings of the G League last season, Cook averaged 23.7 points, 5.8 assists, 5.1 rebounds, and 52.4 percent shooting from the field throughout 11 games. Both Bazemore and Cook bring seasoned expertise to the Sacramento Kings, and they already have a working relationship with new head coach Mike Brown, who was the assistant coach for the Golden State Warriors from the beginning of the 2016–17 season until last season. On October 19, Damian Lillard and the Portland Trail Blazers will visit Sacramento to start the 2022–23 season.