With each new decade that passes, we see new stars rise to replace the old ones, right now at the top of everyone’s list is Saul ‘Canelo’ Alverez and right below that, we have Ryan Garcia. It makes so much sense considering that the two share a coach. But just because he may be working closely with Alverez does not mean that he has not earned the spotlight on his own merit. Garcia has more than shown his worth in the ring.

Born in California on August 8th, 1998 Ryan Garcia is an American boxer who started his boxing journey at the young age of seven. Garcia has seen significant success with an amateur record of two hundred and fifteen wins and only fifteen losses. During his amateur career, he became a fifteen-time amateur national champion. However, with Garcia’s aggressive fighting style that success has only continued into his professional career allowing him to become a highly regarded prospect in boxing.

With twenty wins and zero losses in his professional career, the twenty-two-year-old boxer is someone that has caught the attention of many. From his good looks to his charm in and out of the ring it isn’t hard to see why people can’t keep their eyes off of him. In Garcias’ 19th fight he became the World Boxing Council interim lightweight champion. And this is only the beginning for the promising young boxer. 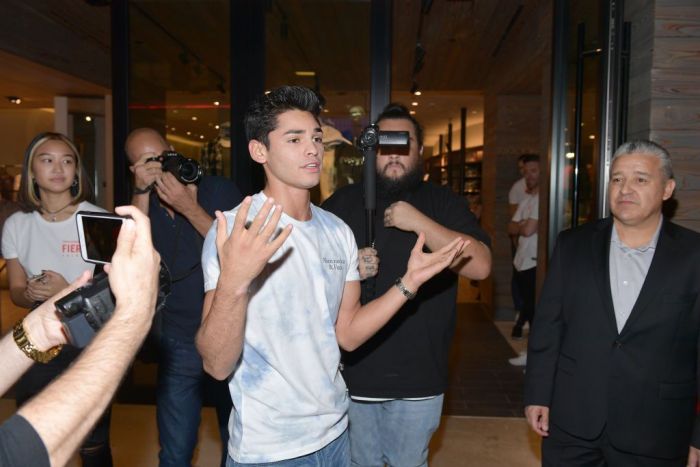 Garcia has been described as defeating his opponents in a fast and brutal style as he utilizes his range as well as power and skill to tear through his opponents. One of his more recent wins cemented his place as one of the biggest contenders in his division as he beat a two-time world title challenger Francisco Fonseca. While not a title match this match will definitely go down as the moment Garcia proved to be a true champion.