When Manchester United defeated Tottenham Hotspur 2-0 in the Premier League, the incident took place. The 37-year-old attacker did not play despite Bruno Fernandes and Fred scoring goals for the Red Devils. After Cristiano Ronaldo left Old Trafford’s tunnel even before the game’s conclusion on Wednesday, Erik ten Hag claimed he would “deal” with the Portuguese star later. Reporters were told by Ten Hag that his attention was solely on the team and that he did not intend to pay notice to anything else. He needed to put the team front and center. The performance was another one put on by the team. The substitutes joined the 11 players who cooperate to defend and attack in their performance. 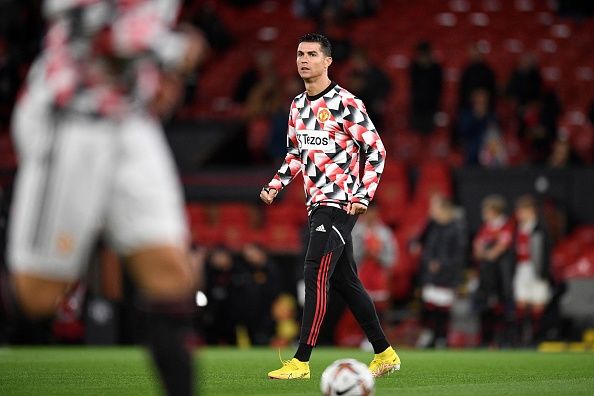 Danny Mills, a former defender in the Premier League, has criticized Cristiano Ronaldo, calling the striker “selfish” and believing he is “greater” than Manchester United. After Ronaldo left the Old Trafford tunnel before the Wednesday match between Manchester United and Tottenham Hotspur ended, Mills made his remarks. Ronaldo was not utilized as a substitute in the victory for the Red Devils. Manchester United’s most recent triumph over Spurs was their sixth triumph in the 2022–23 Premier League season. The Red Devils are currently ranked fifth in the league standings with 19 points after ten games, although they are still eight points below league leaders Arsenal.

Mills, a former soccer player for several English clubs, including Leeds United and Manchester City, continued by saying that he felt terrible for EtH and United since Ronaldo’s contentious behavior would overshadow the team’s impressive performance against Spurs. When Manchester United travels to London to face Chelsea on Saturday, they have a chance to move into the top four in the league standings. With 20 points, the Blues are in fourth place, and the No. 4 berth will go to the victor of the match at Stamford Bridge.