Cristiano Ronaldo had a Sunday afternoon he’d rather forget this past weekend. In one of his worst days at Old Trafford, Ronaldo was on the brink of being sent off, had a goal disqualified, and witness his team thoroughly beaten in a 5-0 game with the victorious Liverpool side.

With a 5-0 score looming over the Red Devils, Ronaldo had everything to prove when he came in for a dazzling goal – unfortunately for him the Video Assistant Referee (VAR) recognized the shot as being offside and disqualified the redemption goal.

Mo Salah, on the other hand, had a night to remember for all the right reasons. The Egyptian Liverpool forward succeeded in scoring a hat-trick in the game, becoming the first away team player to ever have accomplished the feat at Old Trafford in the Premier League’s history. It took no more than 5 minutes on the field for Liverpool to start dominating the clearly suffering United side. This was a welcome change for Liverpool who had spent 20 years under the heel of the Manchester team before Jurgen Klopp’s take-over of the Old Trafford team.

At minute 13 Liverpool had scored another goal and was starting to look like the better team on the day. Before half-time that score was doubled by Salah, taking Liverpool to a 4 goal lead. By the 50th minute, the game was over with Salah scoring his third and final goal for the day, making history and giving Manchester United a nightmare day on the football pitch. 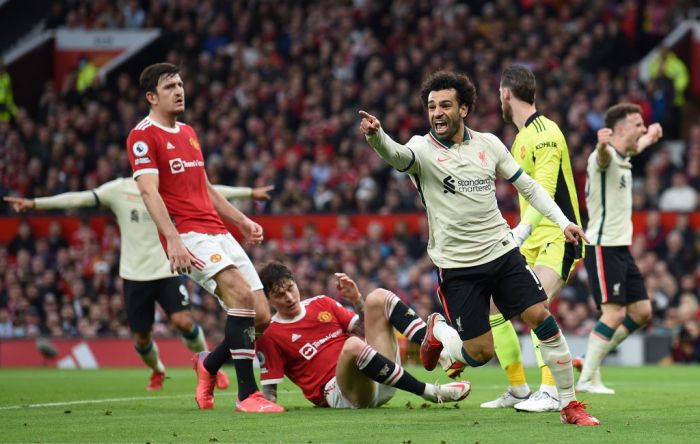