Rob Gronkowski Says Tom Brady Knows Where He'll Be Before He Does
By Daniel Godley - December 3, 2021

For over 11 years Tom Brady has studied Rob Gronkowski’s routes and now knows them better than Gronkowski himself, or so says Gronkowski in an interview with NFL Network.

“He claims when we’re throwing routes, he knows already what I’m thinking before I even know what I’m thinking,” Gronkowski said. “So, I’m like, ‘Oh really? If that’s the case, then you’re right, then we don’t even have to say a single word to each other if he already knows what I’m thinking.

“But I really think he does sometimes.”

Now and then Brady gets it wrong, but, according to Gronkowski, the “majority of times” he knows where Gronkowski will be before Gronkowski does. 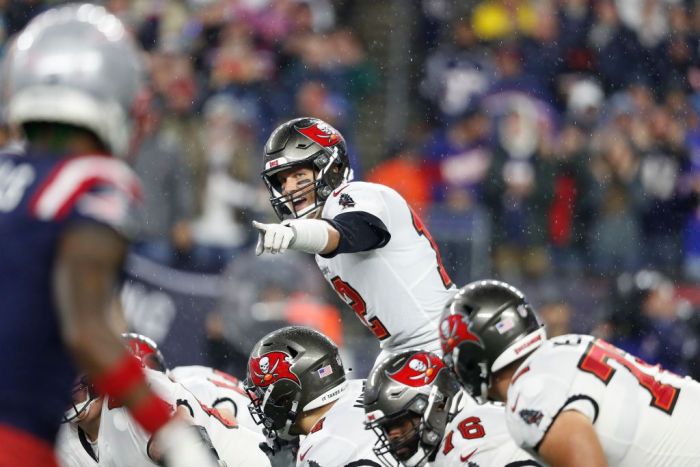 Part of that is due to Gronkowski’s self-admitted tendency to not always know what he’s doing next on the field. In an interview with ESPN’s “Manningcast”, Gronkowski revealed that he doesn’t watch game tapes and depends on Brady for tips on opposing players. If that fails, he says his plan is to just outrun defenders.

Brady spoke to NBC’s Peter King about his connection with his receivers, saying:

“I’m throwing the ball. You’re catching it. We gotta literally have a bond, a connection between us. You gotta think what I’m thinking all the time. The more you talk and the more you do it, the better it is. The longer I play with guys, the better it is. The shorter you play together, you can’t cover everything in five weeks of training camp. Or in two years together. Five years together? Maybe. Seven years together, okay, that’s pretty good. You play seven years together with a receiver, you can make a lot of magic happen. But after a year or two, there’s still things. There’s so many variables that you gotta get right.”