Rafael Nadal has now successfully broken the men’s tennis record for the most Grand Slam singles titles. The Spanish tennis champion beat out Daniil Medvedev in a 5-hour match during the Australian Open to break the record and take home the crown. The match was a nail-biter, seeing the two tennis greats both seeming to have the win within their reach throughout the battle.

Running 5 hours and 24 minutes long, the match is the second-longest in Australian Open history, only losing the top spot to the 5 hours and 34-minute long match between Nadal and Novak Djokovic in 2012, which saw Nadal losing to Djokovic.

The record now obtained by Nadal now puts the Spaniard at the top of the Big Three, which include himself, Djokovic, and Roger Federer. The three have long been in the contest for the title of the greatest of all time. If Nadal can keep ahead of the other two tennis titans, he stands a good chance of now earning the moniker.

The match was delayed partway through after a protester jumped in from the stands to interrupt the game. Despite the delay and the close call with a fumble, Nadal has become the fourth man in history to ever win all four of tennis’ major titles at least twice.

Medvedev also had everything to play for on the day, needing to win to earn himself a record for being the first male tennis player to win a second Grand Slam title at the next consecutive major tournament. 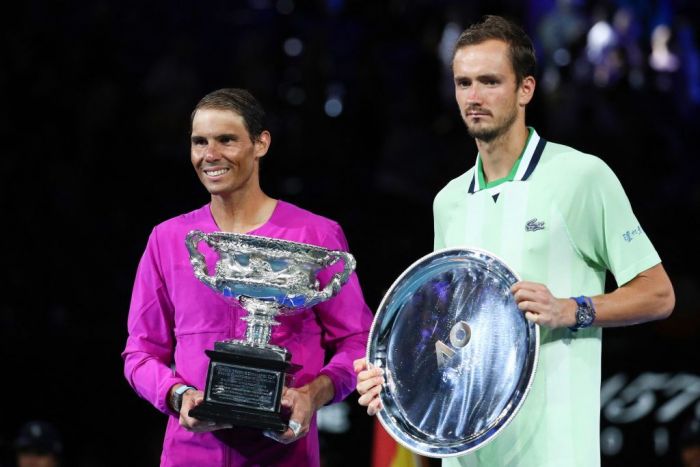