The Phoenix Suns changed from one of the most feared teams in the Western Conference in the 2000s to a squad that consistently sat at the bottom for most of the 2010s. When they selected Kentucky shooting guard Devin Booker in the first round of the 2015 NBA Draft, the tides of change began to turn in their favor, and the team hasn’t looked back since. Even though Booker continued to develop each season rapidly, he was committed to helping the Suns regain their former glory despite witnessing how much his team battled in his first few seasons with the organization.

Things reached a boiling point during the 2019–20 NBA season, which was cut short by the COVID-19 epidemic. Nine teams from the Eastern Conference and 13 from the West were among the 22 teams invited to the 2020 Orlando Bubble, including the Suns (Phoenix was ranked 13th at the restart). Since Phoenix had a 26-39 record during that time, many commentators questioned their selection because they did not appear deserving. However, the odds at the time indicated that they might enter the recently established Play-In Tournament with one significant stipulation: they would have to go unbeaten in eight games. At the same time, hoping teams placed higher than them lost their games. 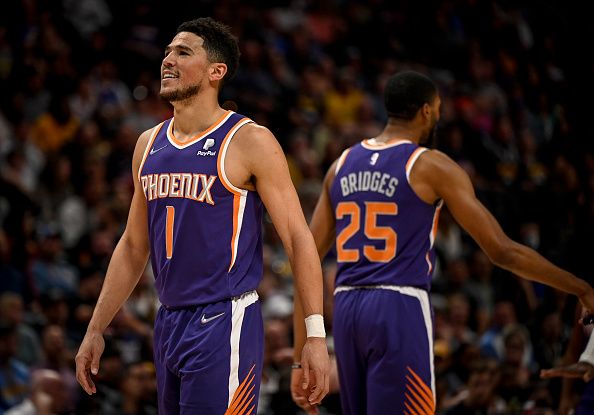 To everyone’s amazement, the Suns had won their first two games in a row, defeating the Washington Wizards by a score of 13 points and the Dallas Mavericks by a narrow margin of two points. The Los Angeles Clippers, who were expected to reach the conference finals, would be their opponent in their upcoming game on August 4, 2020, making it one of the toughest on their schedule. A buzzer-beating game-winning shot determined the outcome of the game. It was a see-saw struggle in which both sides repeatedly stole leads.

Even though the Suns were undefeated and shocked the league, they could not make the play-in round. Unbeknownst to NBA fans then, their performance at that time was the starting point for their current winning streak and paved the way for Chris Paul’s entrance. There is no denying that something special is growing in The Valley. It started two years ago today, even if the Suns faltered in the Western Conference Semifinals this past season despite reaching the NBA Finals the following season.