With only two-thirds of the 2022 regular season remaining, the Philadelphia Phillies sacked manager Joe Girardi. Philadelphia has likely been baseball’s most disappointing team, behind only seven other clubs in the overall MLB rankings. With a 22-29 record, the Phillies may already be out of the NL East race. Philadelphia is in third place, 12 games behind the division-leading New York Mets. The Phillies are only a few percentage points ahead of the Miami Marlins for fourth place. The Phillies have an uphill battle for the wild-card spot despite the expanded postseason pool. Philadelphia is presently two games behind the San Francisco Giants, who hold the third and final National League wild-card place. 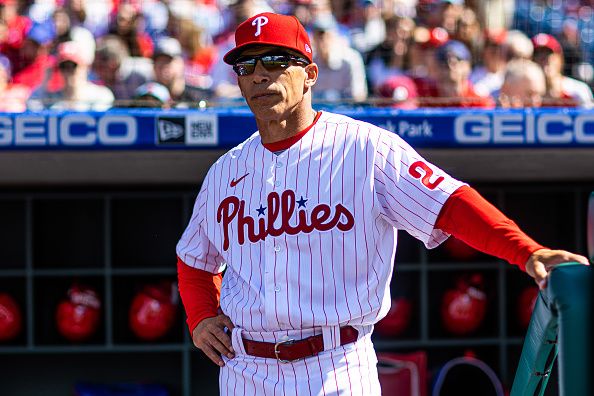 Rob Thompson, the Phillies’ bench coach, will take Girardi’s position as interim manager. Dave Dombrowski, President of Baseball Operations, stated. “I am certain that Rob is the ideal individual for the job.” It won’t matter who manages Philadelphia if the team doesn’t improve its pitching or defense. The Phillies’ bullpen ranks ninth in the National League with a 4.15 ERA and fourteenth with a 1.44 WHIP. In terms of defensive runs saved, the Phillies rank second-to-last in MLB. The Phillies rank tenth in terms of runs scored. The offense must be better than slightly above average for the team to contend for a playoff spot.

Since Girardi was hired for the 2020 season, the same difficulties have hampered Philadelphia. The current NL MVP, Bryce Harper, leads Philadelphia with 32 RBI and a .303/.359/.584 slash line. Kyle Schwarber, a free agent acquisition, is hitting .192. After having a .939 OPS with the Cincinnati Reds last season, Nick Castellanos now has a .742 OPS. J.T. Realmuto’s .695 OPS is the lowest since his rookie year. On the other hand, Girardi was in the penultimate year of his contract. In 2021, the Phillies went 82-80, their first winning season in a decade. The last time Philadelphia made the playoffs was in 2011.