Many people contend that Nick Saban is the best coach in history, not simply the most well-liked one in college football right now. Nobody can be a coach indefinitely, but Saban appears content to stay at Alabama for the near future. Due to a recent, significant contract extension, the renowned coach will watch over the Crimson Tide’s sideline for a long time. This offseason, Saban extended his contract by eight years. Earning over $94 million for the term of the agreement. He will earn $10.7 million alone in 2022. He’ll have a yearly income of $12.7 million by 2029. 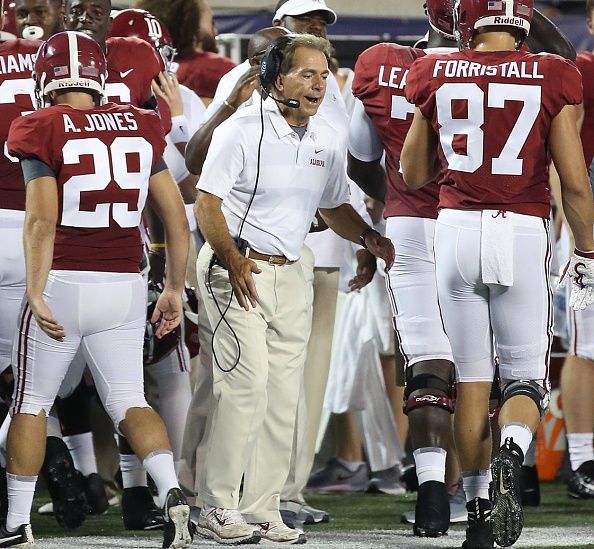 Based on his track record, he will have earned more than $200 million from the University of Alabama throughout his tenure there by the time his contract expires in 2030. There is no doubt he will remain employed there until the conclusion of that contract unless he retires. Consider this to put Saban’s enormous contract into perspective: Daily, the head coach gets paid $32,000. That is a staggering sum. The real question is whether Saban is valued much by the university, not how much money he makes.

Compared to other great college coaches like Kirby Smart from Georgia or Lincoln Riley from USC, Saban doesn’t receive much more money annually. The reality is that no other coach in the history of college football has a resume like Saban’s. Compared to Saban’s accomplishments at the University of Alabama, none of the current ones can compare. It costs money to compete at the highest level of college football. Stadiums, training tools, facilities, and staff employees must all be purchased by teams. All teams vying for the national championship should expect to pay the top price for a coach. Although Saban’s contract is expensive, it might also be cost-efficient. No other club receives a return on investment as significant as Alabama’s under Saban.