The buildup to the fight between the two heavyweight boxing champions was intense. One of the most-watched athletic events of the time was the inaugural heavyweight title fight, which took place in 1971 at Madison Square Garden in New York City. It included Muhammad Ali, who famously declined to serve in Vietnam after being conscripted and earning an Olympic Gold medal for Team USA at the 1960 Olympic Games in Rome. This was before his fight with Frazier. Rising fighter Joe Frazier, who trained in Philadelphia and is regarded as the real-life “Rocky,” was his opponent. In his first 10 fights, he had won every one by knockout. 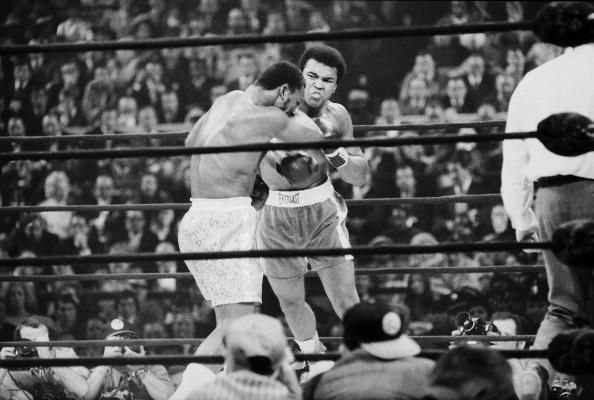 The first match between the two titans was a convincing victory for Frazier. Frazier was awarded the win by decision following the fifteen-round brawl. Many believe that his knockdown of Ali in the 15th round was the key to his triumph. After the first fight’s enormous popularity, the fans sought a rematch between the two, and in 1974 the fighters acceded to their requests. Once more, it lived up to the anticipation as Ali shouted out and made fun of Frazier’s ailments from the last bout before the match. The conversation then turned personal. After a second 15-round brawl, Ali prevailed to set up the trilogy’s climactic confrontation.

The fighters were locked at a 1-1 head-to-head record going into this historic match, and the tiebreaker would take place in 1975 in the Philippines, earning it the moniker “Thrilla in Manila.” Following the officials stopping the battle in the 14th round due to Frazier’s injuries, Ali emerged victorious from the third match and the series between the two giants.