Michael Jordan ruled the NBA in a way that very few players if any, have ever dominated their sport. Six championships. There were six MVPs of the championships. Five league MVPs, scoring champion ten times, gold medallist at the Olympics twice, the year’s best defender, and rookie of the year. The list continues onward. Most people believe that Michael Jordan was the best basketball player ever to play the game, and during his age, the distance between him and the other superstars was much bigger than it is today. 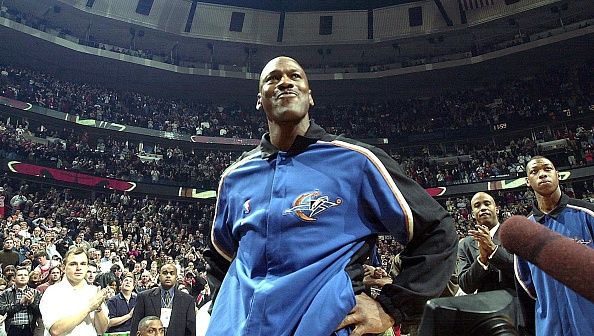 It’s been argued that a true, demonstrable threat must exist between both sides before the term “rivalry” can be employed and both sides have experienced success. So far as Michael Jordan’s career rivals go, Isiah Thomas was the only one who truly matched him on a personal level. Nobody could compete with him at his peak. To win back-to-back championships, Thomas’ Pistons defeated Jordan’s Bulls in the Eastern Conference Finals of 1989 and 1990, respectively. Even though the 1990s Bulls and Knicks “rivalry” was completely one-sided, Ewing is ranked No. 2 because those two teams are closely intertwined. Six times, in 1989, 1991–93, and 1996, the Bulls defeated the Knicks. Jordan and the Bulls’ tragic defeat of the Knicks in the 1993 Eastern Conference Finals were particularly painful.

Jordan’s competition came in two forms from Magic Johnson. One, they weren’t often head-to-head on the court, but there was a lot on the line. Additionally, Johnson served as the league’s symbolic torchbearer. Even though Jordan was the best player in the league by the time 1991 came about, Magic’s league was still very much in place to some extent. Johnson was Jordan’s competitor both on and off the court. Barkley is the only person on this list outside Magic who has ever been referred to as the second-best player in the basketball world. In 1993, he led the Suns to the NBA Finals and was named league MVP.