Micah Parsons’ start as a rookie for the Dallas Cowboys is going better than he ever imagined. Parsons was the 12th overall pick in the 2021 NFL Draft but has already drawn attention to himself as one the most effective defenders playing today. He looks all set to be taking the coveted title of Defensive Rookie of the Year and is proving himself to be an invaluable addition to the Dallas team.

But, according to Parsons himself, he isn’t going to let the success of his rookie year get to his head. In a press conference ahead of the Cowboy’s face-off with the Minnesota Vikings, the linebacker spoke about his techniques for keeping himself motivated and not allowing himself to get complacent. 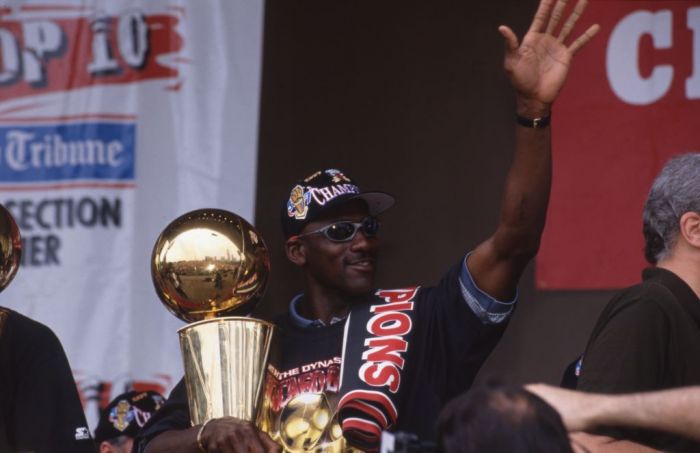 “If you go out there and you play okay, some people will be okay with that,” Parsons said to the press. “‘I had an okay game; we won.’ But I don’t think Michael Jordan would ever be okay with dropping 15 points and be like, ‘We won… You ever seen the video with the center and he had a great first quarter — he had 12 points — but that’s all he had the rest of the game? was like, ‘You need to do that the whole game.’ So I think no one should be okay with just playing okay. I should have a higher expectation for myself and I think the coaches have the same expectations. I think that was weighing in on me.”

That video of Jordan that Parsons is describing was when Jordan’s teammate and center player for the Bulls, Luc Longley, was dominating the court in a game against Utah Jazz in 1998. However, after a strong start, Longley started wavering and eventually lost the game for the Chicago Bulls.

Parsons says that he is trying to keep his standards as high as Jordan’s, that good is never good enough.