Matthew Stafford Talks Weight Loss And Getting To The Super Bowl
By Alexandra Wade - February 12, 2022

Matthew Stafford has finally reached the Super Bowl after one of the longest roads yet taken by an NFL player. At 34 years old, the quarterback is now the oldest first-overall NFL draft pick to start in his career first Super Bowl. Stafford had been playing in the NFL for 12 seasons with the Detroit Lions but during this past offseason took the opportunity to join the Rams and get back in shape. Stafford puts his newfound fitness and healthy down to using new exercises in his routine like swimming and yoga.

Stafford has said that one of the biggest reasons he sees as stopping him from reaching his Super Bowl dreams was his own physical fitness. Returning to the field with a new team and a new commitment to his own health and weight loss, he’s finally reached the pinnacle of NFL competition.

“There’s probably some old photos floating of me out there at 235 lbs, enjoying life back in the day, playing ball at a heavier weight,” Stafford said to Insider during a recent Super Bowl press event. “But as I get older, fitness is more and more important, that’s the biggest thing. I’m trying to do everything I can to make sure my body is in good shape and I’m ready to play.” 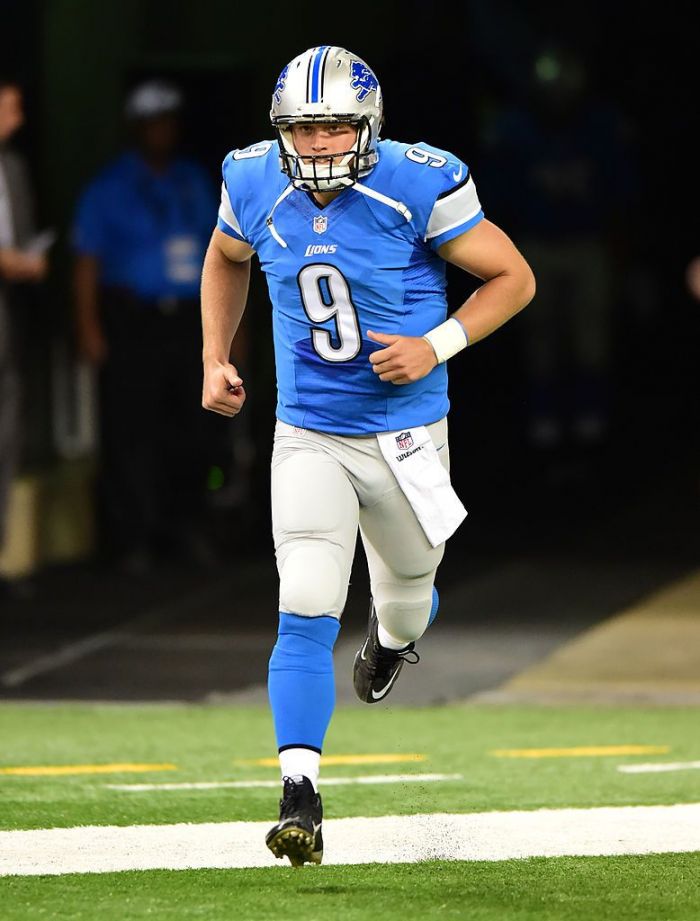 Stafford is now listed as weighing in at 220 lbs. His new weight sees him coming in at an even lighter weight than when he started his NFL career, Stafford weighed in at 225 lbs when he was still playing at a college level. Stafford said while speaking to A Healthier Michigan.org that the two habits that were the biggest contributors to reaching his weight goals were taking up swimming and yoga.

“You’ve got to change it up so you’re still having fun while you’re moving around,” Stafford said.