Lewis Hamilton Could Lose His Title Should He Not Win Sunday's Race
By Andrew Parker - November 11, 2021

Current Formula One world champion Lewis Hamilton has one of the tightest races of his career this weekend when he faces off against Red Bull’s Max Verstappen. If he doesn’t come out in the top place in this race he very likely could lose his title this year.

For the first time in the last five years, Hamilton has a real challenge for the crown, a crown he has held onto for four consecutive years. But 24-year-old Max Verstappen, a junior of Hamilton’s by 12 years, is currently ahead of the world champion in points with Hamilton trailing him by 19 points.

There are only four races left in the championship and a maximum of 107 remaining to be scored.  If Hamilton doesn’t come in first this weekend, he could be out of the running and could very well lose his title. Moreover, if Verstappen comes out victorious this weekend then even if Hamilton would win all three remaining races he could still lose the title. 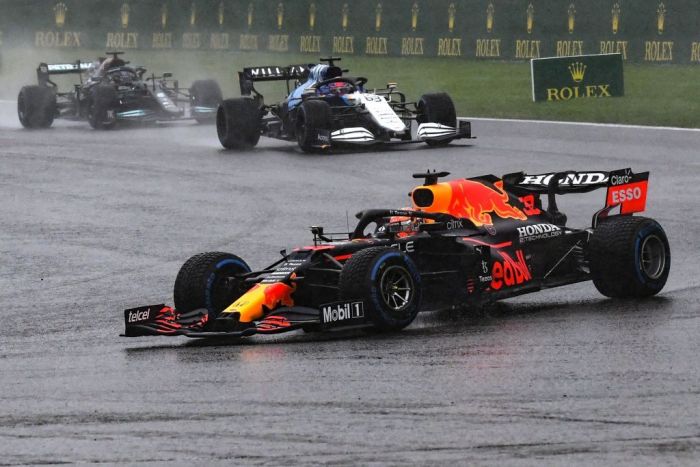 Unluckily for Mercedes fans, Hamilton does not look like he is in top form. Hamilton’s last eight races have seen him winning only one, while Verstappen has come first in his last two races and hasn’t scored lower than second since September.

Just as Hamilton is in a tough fight for the driver’s title, the Mercedes team is also on the brink of losing the constructors championship for the first time in nearly a decade. Mercedes began strong and looked to be continuing their streak when Sergio Perez’s performance has seen Red Bull catching up in the late-season.

After the latest race in Mexico, Mercedes’ Toto Wolff lay the blame on Bottas for letting Verstappen past which he believed ultimately led to his victory on the day. “That should not happen,” the Austrian told Sky Sports.