When you think of hockey, you probably think of men pushing around a hockey puck on an ice rink. You aren’t actually too far off. However, is there room for women in this male-dominated sport? Well yes, there is. With that said there is technically a women’s NHL. It’s just called something else. Is in fact called the Premier Hockey Federation (PHF). You see so if you are a young girl looking to become a professional hockey player you can.

The Premier Hockey Federation (PHF) was formally known as the National Women’s Hockey League (NWHL). This is why you may probably not have heard of it before. This professional women’s hockey league is located in the United States of America and Cannada. You should know that the league was first established in 2015. So it is still fairly new in comparison to other sporting leagues.

When the Premier Hockey Federation first began it started off with four teams. As time went on the league grew bigger and bigger. There are now six teams. This includes Boston Pride, Buffalo Beauts, Connecticut Whale, Metropolitan Riveters, Minnesota Whitecaps, and the Toronto Six. It is important to note that the PHF was the first women’s professional hockey league to pay its players. 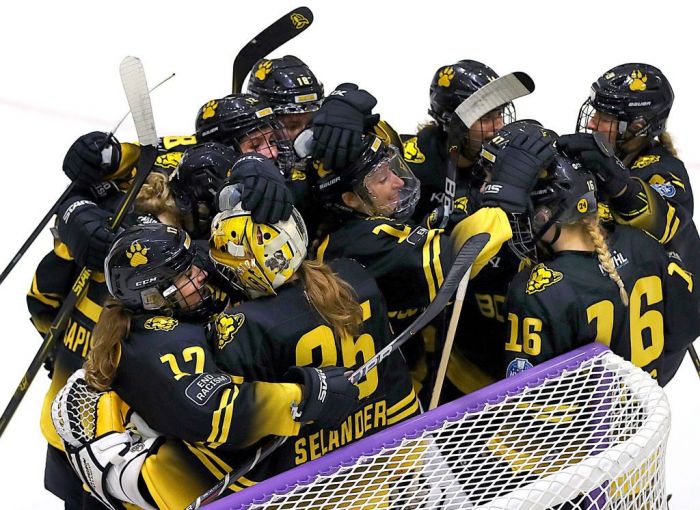 Every year teams perform in a number of different matches to compete for the Isobel Cup championship. This cup is awarded annually to the top-performing women’s hockey team in Northern America. Fun fact, the cup was named after Lady Isobel Gathorne-Hardy. So remember how you were wondering if you could play hockey professionally as a woman? Well, it is clear to see that you can. Now, this sport may not be as popular as many others but as long as you have a passion for it, you will definitely enjoy it.