Justin Fields, Chicago Bears’ rookie quarterback, revealed his at-home workout routine and says he only needs three kinds of exercise equipment in his new home gym in his recently purchased Northside Chicago home. 22-year-old Fields was a first-round pick out of Ohio State University and recently sat down with Insider to discuss his home workout routine, among other things.

The Chicago Bears quarterback told Insider that the only equipment he required for his training regimen was resistance bands, a dumbbell rack, and kettlebells. The only other piece he would even consider adding to his home gym, says Fields, might be a treadmill, though he’s still unsure whether not it’s even worth the space it’ll take up.

Fields was drafted by the Chicago Bears as the ninth overall pick in the 2021 NFL Draft, signing a four-year, $18,871,957 rookie contract with the team in June. Shortly after he bought a house in his new hometown. The rookie QB collaborated with USAA and ESPN to give fans a look inside his new ‘home base’. 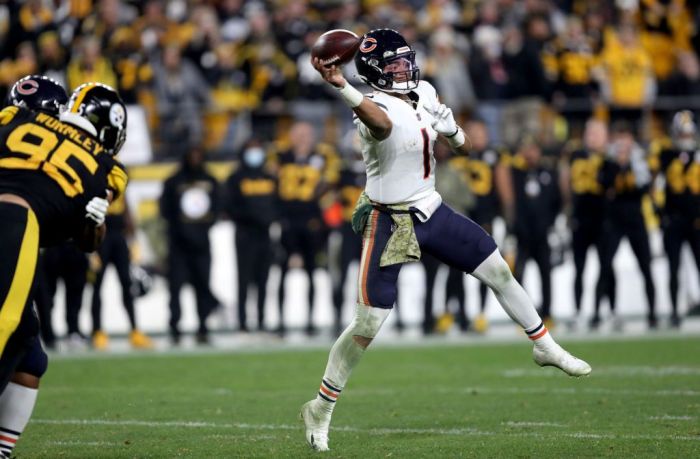 Fields is just one of the many star athletes who say they don’t rely heavily on workout equipment. Tom Brady, fellow NFL quarterback and singular football legend, says resistance bands are the only workout equipment he needs, as reported by TB12. And it’s not just the quarterbacks, NBA point guard Russell Westbrook said in an interview with GQ that he doesn’t use any weight in his workout routines, instead choosing to do 25 to 50 daily pushups in the morning.

Even baseball players are getting in on the anti-weight training train. Heavy-hitter Yasier Puig, who is known for his impressive physique, put on 26 pounds of muscle without using any weights. According to his strength and conditioning coach at the Dodger, the athlete gained muscle by only using bodyweight exercises.