Famous basketball player James Harden is renowned for his thick beard and mysterious style of play. He stands out in the NBA and has experience with the Houston Rockets and Oklahoma City Thunder. Harden was one of the best recruits to play at Arizona State University. The Houston Rockets acquired Harden in a trade in 2012; since then, he has won an MVP Award. Harden was selected third overall by the Oklahoma City Thunder in the 2009 NBA Draft. Harden is a point guard who has advanced to several playoff rounds but has never won the NBA championship. James Harden is known as “the beard” and is frequently mentioned in connection with his full beard. 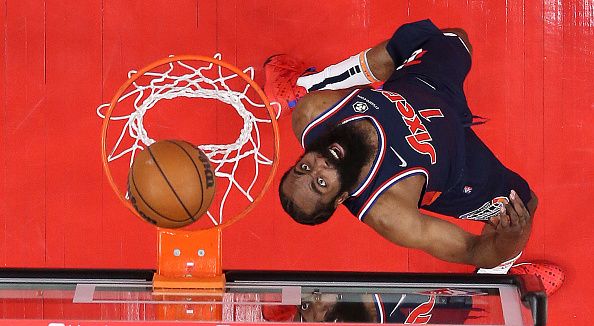 James Harden has won numerous accolades in his basketball career, including high school, college, and the NBA. James Harden took home the NBA’s MVP Award in 2018. Although he has numerous other accomplishments, this is his most notable prize. From 2013 to 2020, Harden was an NBA All-Star, and only a few years into his professional career, he made his All-Star debut. He has also received several NBA First Team and Third Team Awards. Harden won the NBA Sixth Man of the Year Award in 2012, given to the league’s top backup player. He led the league in assists and scoring.

Harden was brought up as a Christian and had two older siblings. Harden developed a lengthy beard after becoming too sluggish to shave in 2009. He gets his moniker from his beard and is famed for it. His beards have been depicted in songs, ads, and t-shirts. In 2015, Harden and Adidas signed a $200 million, 15-year sponsorship agreement. Harden has participated in charitable endeavors, such as 3 The Harden Way Inc., which aims to give young people access to higher education. Additionally, Harden gave $1 million in 2017 to help those in Houston, Texas, who Hurricane Harvey impacted.