Jake Paul has continued his streak of controversial declarations following his boxing victory over ex-UFC champion Tyron Woodley. Paul, a popular YouTuber turned professional boxer, has claimed that nobody in boxing history has ever achieved the same amount as himself in the history of the sport.

This win is the second Paul has gotten over Woodley. Paul had previously scored unanimous decision victory in his match Woodley in August. However, their recent rematch saw Paul walking away with a far more decisive win, succeeding in knocking out the former UFC champion with a powerful right-handed strike in the sixth round of the fight.

Originally, Paul was scheduled to step into the ring with Tommy Fury. However, due to unforeseen injuries and illness, Fury had to step down from the fight and Woodley stepped in as his replacement. 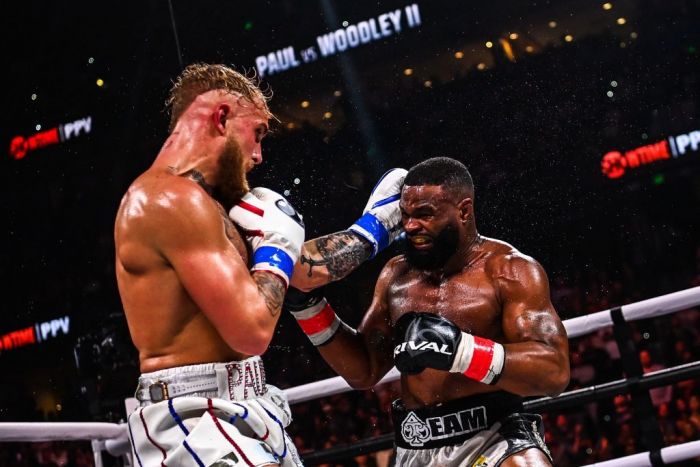 Many detractors have called attention to the fact that thus far none of Paul’s opponents have been professional boxers, all coming from other sporting backgrounds. Nevertheless, Paul has made claims that his achievements are without equal:

“No one in the history of boxing has done what I’ve done at this age,” Paul said after his second victory over Woodley.

“Massive pay-per-views, knocked out every single person that I’ve fought…I’ve turned everyone I’ve fought into memes, going viral all over the internet. I’m ready to fight whoever — it doesn’t matter if they’re a professional boxer or a five-time UFC champion. I’m built for this.”

When asked about what his long-term plan for his future in the sport, Paul said: “It’s scary to try and put a cap on where this can go, the potential is unlimited here.