After defeating the Indianapolis Colts by 24-0, the Jacksonville Jaguars now hold the top spot in the AFC South. Fair enough, the Jaguars just held onto the top slot; after two games, they are 1-1, and no other team in the division has managed a victory. Even with that qualification, Jacksonville is unquestionably moving in the right direction for the first time in a very long time. There is now some hope in Duval County that Trevor Lawrence is the starting quarterback, and there is a good receiver among the players.
Like every other rookie, Trevor Lawrence had a challenging year in his debut NFL season. In 2021, he threw a basic 17 interceptions and just 12 touchdowns. In year two, though, he seems to be changing, as evidenced by the poise and accuracy with which he handled taunts from the audience. When Lawrence was a rookie, one of the major criticisms leveled at him was that he threw the ball too carelessly. The quarterback’s accuracy was second-worst among quarterbacks last season, and 20.5% of his passes were poor. 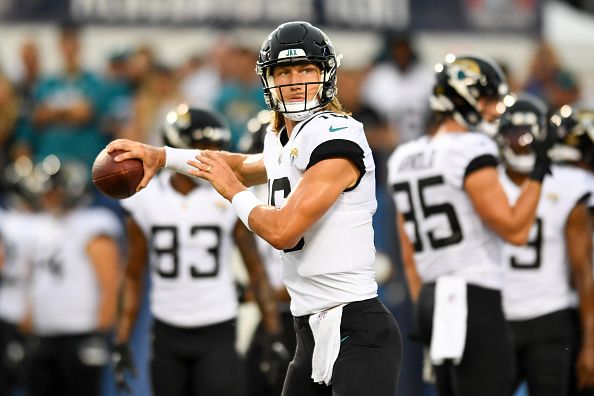 Contrary to what the box score suggests, Lawrence was more accurate. With a career-high passer rating of 121.5, he completed 25 30 passes for 235 yards and two touchdowns. So far in 2022, he has thrown poorly at a rate of 13.0%, but he is on target 78.3% of the time, ranking him top 10 in the league. He’s worked harder to throw the football more accurately, and it’s working. Although he still needs to learn how to survive to play another down, as demonstrated by his game-ending interception on 3rd and 11 in Week 1, he displayed much more promise and overall improvement versus the Colts.

His early-season success is also partially attributable to the Jaguars’ selection of Doug Pederson as their new head coach; Pederson previously guided the Eagles to a Super Bowl victory. It’s difficult to recall the last time Jacksonville had a play-caller as talented as Pederson, and now the franchise quarterback of the Jaguars is looking better than ever. Lawrence isn’t yet at that elite level, ranking below players like Josh Allen, but his trend is positive.