Odell Beckham is having the time of his life since joining the Los Angeles Rams, following a mid-season acquisition from the Cleveland Browns. The acquisition of Beckham has also been a great boon for the team, most recently in their playoff win on Monday night over the Arizona Cardinals.

Beckham started the eventual victory with an impressive touchdown, evading corner Marco Wilson in the first playoff touchdown of Beckham’s career thus far. The game also saw Beckham showing off his throwing arm in a clever trick play that helped secure the win for the Rams in what was a slam dunk of a game for the team.

Alongside the glory and achievement of the win, Beckham also secured himself a whopping $500,000 incentive bonus cheque that could grow even more should the Rams take the win in their upcoming game with the Buccaneers at their Tampa home ground next week.

This has been a major turnaround for Beckham who seemed devoid of life and energy just a few short months ago while playing for the Browns. In his six games, he managed to only score 17 catches and 0 touchdowns. The player started as one of the brightest new stars to look out for but just couldn’t seem to catch a break. 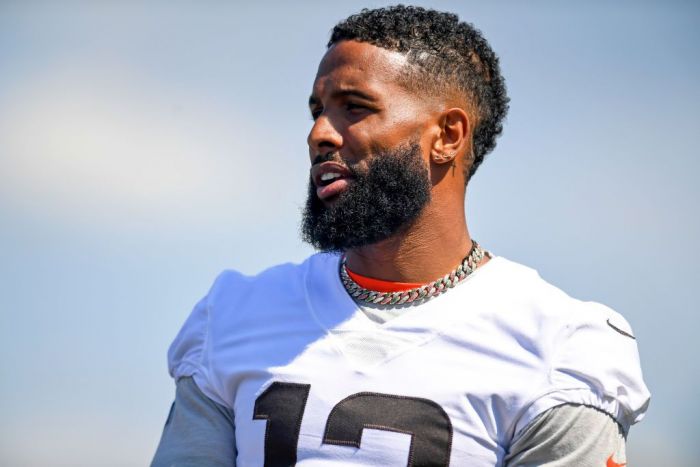 It all came to a head when Beckham’s father shared a video on social media, in the clip he said that Brown’s quarterback, Maker Mayfield, clearly was not throwing the ball to Beckham when he was open.

In November 2021 Beckham was let go of by the Browns and was soon signed to the Rams on a one-year deal that also had a handsome amount of incentives.

The deal followed the loss of the Rams’ wide receiver, Robert Woods, to an injury and Beckham was the perfect replacement for the Los Angeles team.