Is Odell Beckham Moving To The Rams?
By Alexandra Wade - April 3, 2022

Odell Beckham Jr. is an American football wide receiver who was drafted by the New York Giants in 2014 as part of the first round of the NFL draft. Beckham broke several rookie receivers reconds during his first year with the giants. He quickly became one of the most popular players in the NFL with such impressive performances. After making a touchdown catch that many have called the best catch ever Beckham came to national attention.

Beckham is a free agent meaning that he is not bound to any team by a long-term contract and can sign with other teams. In November 2021 big news was made when Beckham signed with the Los Angeles Rams for a one-year deal. Since Beckham’s arrival on the team, there has been a noticeable change in both the teams as well as Beckhams’ performance. After the fallout with Beckhams’ last team, this change seems to have been needed.

With Beckham and the team doing so well, it is no surprise that they would want him to stay on for the 2022 season. One question most people have however is if Beckham is willing to accept a lower salary to remain with the team. Beckham had signed with the Rams for about $1.25 million and many were not sure if the athlete would be satisfied with a pay cut. 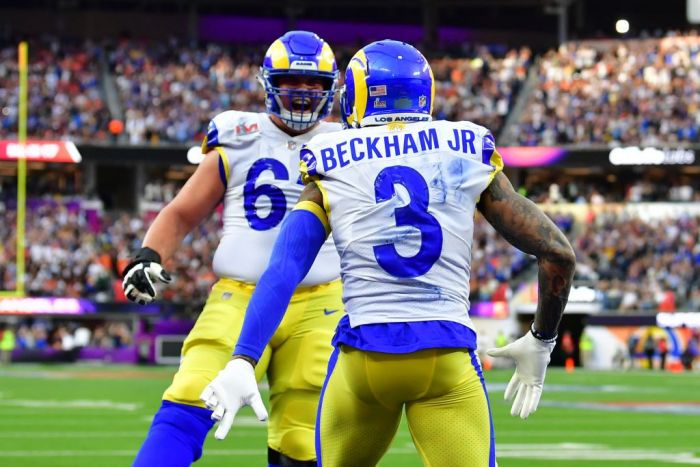 However, Beckham was quoted as being okay with a pay cut as if it means that he would be able to continue playing for the Rams. Beckham seems to be much happier with the rams and he has reached a point where he can afford to make this decision. Moving to the rams seems to have a very good effect on Beckham as he has even said that the team feels like home to him.