Is Diana Taurasi Heading For Retirement?
By Keith Donnelly - May 13, 2022

Fans always become very invested in their favorite players and when the topic of retirement comes up it can bring about many speculations. That is exactly what is happening with Diana Taurasi at the moment. Diana Taurasi is an American-born professional basketball player. She has played for Phoenix Mercury in the WNBA since 2004. Throughout her career, Taurasi showcased her stellar athletic ability. After being drafted first overall by Phoenix she quickly showed her worth by being named rookie of the year. She at this point has three WNBA championships under her belt as well as five scoring titles, three FIBA world cups, and five Olympic gold medals.

Some people in the industry have speculated that this year might be Taurasi’s last. With such impressive records, it is no wonder that some fans were disappointed by the rumors of her retirement. Many of her teammates would also be disappointed to lose such a valuable member of their team. However, these fans and teammates have nothing to be worried about as the basketball superstar herself has said that she is not planning on retiring anytime soon. The Star still seems to have a lot more to give the sport and does not plan on stopping anytime soon. 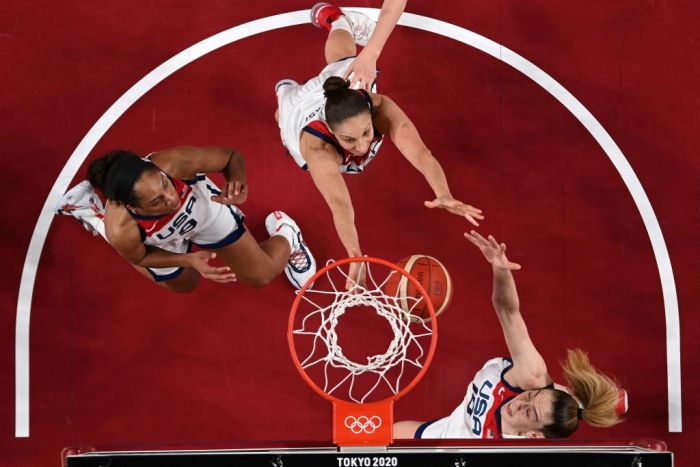 No one could be more excited about this than Taurasi herself, as she looks forward to the season ahead. With these rumors now dispelled everyone can look forward to a tough yet interesting season ahead. Taurasi is said to be looking forward to many more seasons ahead of her so fans do not have to worry about retirement coming in the near future.