They are the best of the best and today I’ll be sharing with you some of the top iconic male athletes. All are considered to be one of the greatest in their field. Men have dominated sports from as far back as the Olympic games in 520 B.C. to the NFL or the NBA etc. For this list, we have chosen different sports and the top male athletes based on a mix of personal statistics and team performance with a twist I have outlined two other guys who gave the top guys a run for their money.

Richard Petty is often referred to as the king in Auto Racing, having won 7 NASCAR championships and Daytona 500 wins. Michael Schumacher on the other hand boasts the most Formula One championships, race victories, and more. Manuel Fangio has shown he is the master by winning the F1 world drivers’ championships five times.

Arnold Palmer helped to popularize golf with his charismatic TV persona and his many PGA tours win, when you talk about the 21st century no golfer has been number one more than Tiger Woods, Jack Nicklaus is the cream of the crop as his skills and 18 major championships won places him close to the top.

Pete Sampras, Rafael Nadal, Roger Federer. Sampras may have been world number one before the other two came to play and it’s true. While Nadal is an Olympic gold medalist, having built a reputation as the “King of Clay”. However, there wouldn’t be a golden era of male tennis without Federer, a Swiss player who held the top spot for 4years and 29weeks straight and has won 103 ATP titles. 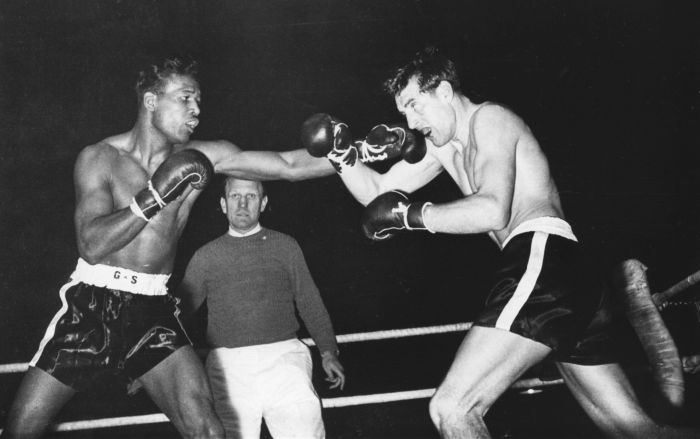 Pound for pound there aren’t many welterweights and middleweight champ that comes to mind than Sugar Ray Robinson. Joe Louis’s hard work and 11years 10months stint as heavyweight champion made him one of America’s first black heroes, From an eccentric persona to his political activism, his poetry, Muhammad Ali was an all-rounded athlete and this earned him the “Sportsman of The Century”.