So far this summer in free agency, the Warriors have seen somewhat of a departure from their championship squad. After making significant contributions to Golden State during the 2021–22 season, Gary Payton II, Otto Porter Jr., Damion Lee, and Juan Toscano–Anderson all allegedly signed deals with other teams. Despite the roster change, the Warriors were able to sign free agent shooting guard Donte DiVincenzo and keep starting center Kevon Looney. There are still a few available positions on the Golden State roster, which might be filled by veterans or freed up for young, growing players the following season. 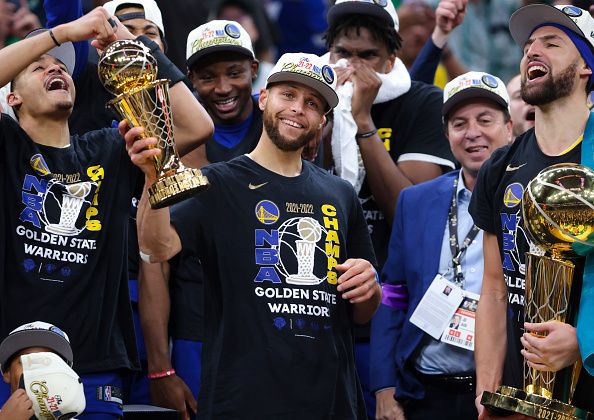 After the Nets star allegedly demanded a trade out of Brooklyn last week, the race for Kevin Durant intensified. It’s interesting to note that one of the clubs in a position to get the great forward is one of his former squads: the Warriors. A reunion looked improbable given Durant’s first stint with Golden State ended, but with last week’s trade request, everything is now possible. Naturally, Warriors star and captain Stephen Curry would need to support any transaction if it were to go through. Curry was questioned about the increasing Durant rumors this week at the American Century Championship golf event in South Lake Tahoe. After earning his fourth championship with the Warriors last month, he dismissed the “rumors” in the NBA, adding that he was content with where they were.

There is great enthusiasm and hope about where they are heading. There’s no disputing that Durant would be a desirable trade target, even though the Warriors may be feeling confident after winning their fourth championship in eight years. Having the 33-year-old back in the fold will undoubtedly put Golden State back atop the mountain for the upcoming season. He has already won two titles and two NBA Finals MVP awards in the Bay Area. Curry and the Warriors, meanwhile, are willing for the time being to do nothing and observe how events in Brooklyn develop.