Gianluigi Buffon, the celebrated goalkeeper for Juventus, now for Parma, has said that the side “lost that DNA of being a team” when Cristiano Ronaldo was playing for the team. Ronaldo was with the Turin-based club for three years, leaving the team to return to Manchester United in the summer of 2021.

Ronaldo scored 101 goals in 134 games while playing for Juventus, leading the team to take home two Serie A titles, two Italian Super Cups, and one Coppa Italia title. However, the team fell short when it came to the most competitive tournament of the lot, the Champions League.

Before Ronaldo left, the team faced one of the most embarrassing debacles of his time with the team, losing the Serie A for the first time in the last ten years with rivals Inter Milan taking home the title. 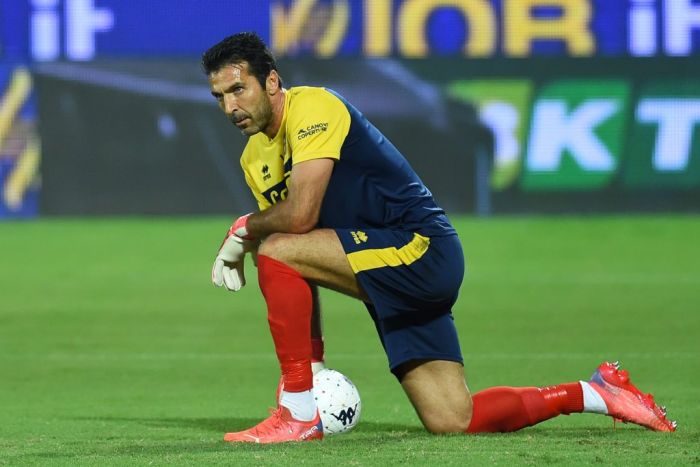 “Juventus had the chance to win the Champions League the first year he arrived, which was the year I was at Paris Saint-Germain, and I couldn’t figure out what happened,” Buffon said while speaking to TUDN.com of Ronaldo.

“When I returned, I worked with CR7 for two years and we did well together, but I think Juventus lost that DNA of being a team.

“We reached the Champions League final in 2017 because we were a side full of experience, but above all we were a single unit and there was this competition for places within the group that was very strong. We lost that with Ronaldo.”

Buffon isn’t the only former Juventus teammate to have some less than kind word about Ronaldo’s impact on the Turin team.

Earlier this year defender Leonardo Bonucci hit out against Ronaldo’s time with the club, saying that Ronaldo’s reputation and performance were what led some players to take their foot off the gas at Juventus.