The NHL, which has 25 teams in the United States and 7 in Canada, is the only one of the four major professional sports leagues in the two countries to maintain independent national broadcasters. Each produces independent telecasts of a full schedule of regular season games, playoff games, and all seven Stanley Cup Finals games. In both nations, games are broadcast on several regional sports networks.

Chris Cuthbert is among NHL history’s most well-known and adored Canadian sportscasters. Fans love Cuthbert’s in-depth understanding of each player, and he has contributed to numerous well-known calls. Cuthbert is a favorite of many fans because he does a great job of conveying the variety of emotions seen in hockey stadiums during games. Since 1984, Cuthbert has been covering the NHL, Olympics, and Canadian National Football League for CBC and continued to do so until 2005. Cuthbert departed CBC and started a 15-year career with TSN. Cuthbert decided to switch to Rogers Sportsnet in 2020 and resume hosting Hockey Night in Canada, which was previously broadcast on CBC. 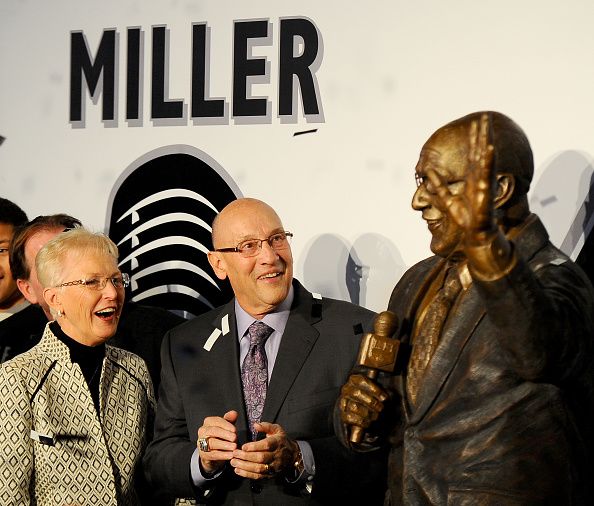 Bob Miller is still regarded as one of the greatest sportscasters in NHL history, despite his retirement in 2017. Miller attended the University of Iowa, and from 1957 to 1960, he served as one of the school’s primary radio announcers. Miller enjoyed every minute of his time working with the Los Angeles Kings from 1993 to 2017. In the 1990s, Miller was paired with Jim Fox. Miller was given a Los Angeles Kings hall of fame plaque in 1997, and the Kings later decided to memorialize him by naming the press box at Staples Center (now Crypto.com Arena).

On NBC Sports California, Randy Hahn provides play-by-play commentary for the San Jose Sharks of the NHL. When the Sharks played the Calgary Flames in San Jose in 2009, Hahn aired his 1,000th Sharks game. Overall, Hahn has remained a San Jose Sharks broadcaster since 1991; with an astounding 30 years of experience, Hahn is a force to be reckoned with. Although much of Hahn’s work focuses on hockey, he helped to announce the FIFA Women’s World Cup in 1991.