Before Mike Krzyzewski arrived at Duke, collegiate athletes played basketball there. Okay, I’m just kidding, but finding a college basketball program with a more intimate relationship with its coach would not be easy. Coach K’s relocation to Durham, North Carolina, in 1980 and the growth of the NCAA Tournament that popularized March Madness almost flawlessly coincided with each other. His sustained success turned the Blue Devils into a yearly fixture, making Duke among the most recognized names in the modern era of sports. Here is a look at some of Coach K’s noteworthy achievements. 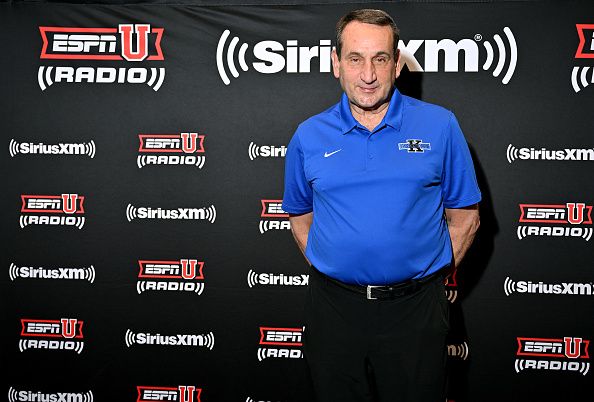 A team of individuals can pursue a common objective under the direction of influential leaders. Coach K of Duke, Mike Krzyzewski, is one of the few leaders who has motivated teams to success. Krzyzewski’s debut contest in charge of the Blue Devils was on November 30, 1980. The start of a new era in Duke basketball was marked by his first opponent, Stetson, who was defeated 67-49 by the Blue Devils. Krzyzewski moved to fifth place among coaches to win 500 games at one school by 2000 after defeating Villanova 98-85. Coach K’s 660th game resulted in the victory. Although Krzyzewski’s statistics are outstanding, those championships also stem from a potent communication tool that Krzyzewski has skillfully adapted to create winning teams: the comparison turned symbol.

According to Krzyzewski’s statement in his book Leading with the Heart, five talented individuals may not be as strong as five less talented individuals who operate as a team. He utilizes the image of five fingers forming the shape of a fist to explain to his players the five principles of teamwork. A great team is made up of people who possess these attributes. The following are some of them: pride, compassion, communication, trust, and shared responsibility. In addition to 1,170 victories, Krzyzewski has guided Duke to 15 ACC titles, 13 ACC regular-season titles, 12 Final Fours, and five national titles (and counting). He was recognized as the Sporting News Coach of the Year for 1991–1992 and the Naismith National Coach of the Year three times.