Two of the most recognizable names in boxing right now are Deontay and Joshua. In addition to his infamous savage trilogy with Tyson Fury that thrilled spectators worldwide, Wilder is renowned for his vicious knockout power. The hero of the UK is Anthony Joshua. Olympic Gold Medalist, and from the beginning, she was destined for greatness. The sky was Joshua’s limit after he defeated boxing icon Wladimir Klitschko in the eleventh round at Wembley Stadium in 2017. However, Joshua’s situation and Wilder’s haven’t been swimmingly since this defeat.

Joshua has lost three times since Klitschko’s victory. During what was expected to be Joshua’s major American debut, a shocking defeat to Andy Ruiz Jr. in Madison Square Garden. However, Joshua avenged this defeat in Saudi Arabia with a smooth victory that showed cunning strategy, reclaiming his belts. However, Joshua’s career is questionable due to two consecutive losses to the talented Oleksandr Usyk. 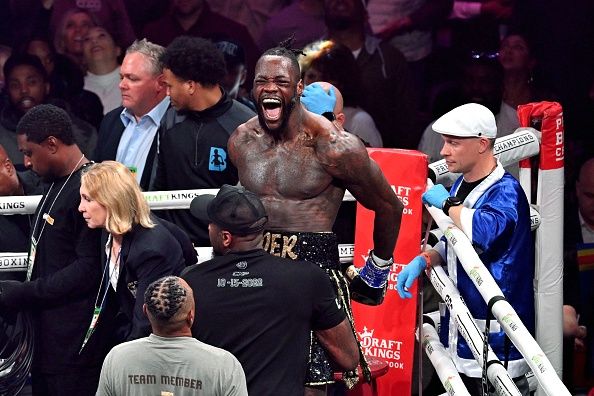 Deontay Wilder is fresh off a stunning knockout victory over Robert Helenius. In the first of the three battles Wilder fought with Fury, Wilder was just outmatched for most of the fight. The other two matches showcased vastly different aspects of Wilder’s style and skill. The second battle was entirely distinct. Wilder was knocked out by Fury three times, in the third, the fifth, and finally, the seventh rounds of the fight. The third bout of the trilogy was possibly the best one, a true Heavyweight era great battle. When Wilder put Fury to the ground, he had demonstrated incredible fortitude and was just about to prevail. Fury had a lot of courage as he stood up before eliminating Wilder in round 11.

Given that both boxers are currently in a precarious situation, it appears as though they may clash. Joshua will face someone else first if he returns just before the middle of 2023, and if not, he will fight Whyte or Wilder right away, according to promoter Eddie Hearn. Deontay Wilder vs. Anthony Joshua appears to be a battle whether he comes in first or second, sells out arenas, and attracts global attention.