Following the signing of a deal in 2020, Danyelle Wolf will make her UFC premiere at UFC 279. Before May 2021, when she was expected to make her promotional debut, the former US national boxing champion withdrew due to an injury from her match with Felicia Spencer. She has a ton of combat sports expertise despite having only one MMA victory. The community slightly contested whether or not she was a US Olympic boxing squad member. At 152 pounds, she has won three USA boxing national championships, two continental boxing championships, a national Golden Gloves title, three ringside world championships, one IBJJF title, and one global league Jiu-Jitsu title. She will be competing against the skilled Norma Dumont at 145 pounds. 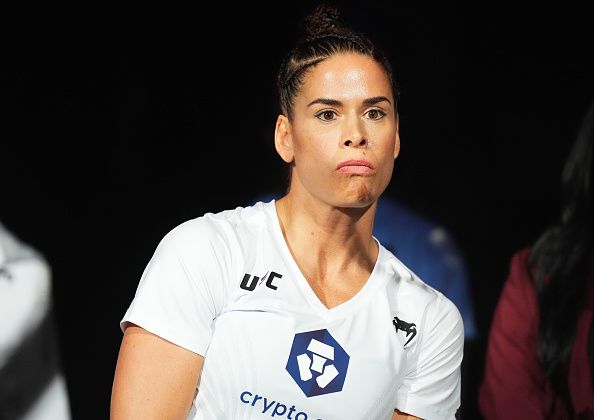 After competing at both bantamweight and featherweight, Dumont has a current UFC record of 3-2. It should be noted that she has missed weight twice, once at each weight. She won in her most spectacular triumph by a split decision over Felicia Spencer, a former championship contender. In the previous October 2021 major event, she also achieved a respectable victory over Aspen Ladd. She lost to Macy Chiasson handily, though, in their earlier encounter. Nevertheless, the advantage she has over Wolf in MMA is unquestionable.
In September 2020, Wolf made her MMA debut on Dana White’s contender series.

For comparison, Jordan Williams signed a contract during the same event, competed in three UFC fights, and was eventually let go by the company. Wolf’s debut didn’t provide much new information besides what we knew. She is dangerous on the ground and has a quick jab and knockout power. In the opening round, she tripped up her adversary, and in the last round, she came dangerously close to securing the guillotine. We also know that she produced a respectable number of strikes; she threw 206, but only 70 were successful, or 28% of them.