According to reports, Manchester United is keen to sell Cristiano Ronaldo during the summer transfer season. According to Portuguese writer Bruno Andrade, who has a solid track record in the European transfer market, the Red Devils have given in to pressure from the player and his agency and opted to sell the renowned attacker for roughly $16 million. Although Manchester United wants Ronaldo to stay, the player is thought to have chosen to separate ways with the club with one year remaining on his contract.

When Manchester United’s preseason trip begins in Thailand on Friday, Cristiano Ronaldo won’t be going with the rest of the team. Due to “family circumstances,” Ronaldo, 37, did not report for preseason practice this week. Last week, it became known that Ronaldo wanted to quit United. On Friday morning, United will leave for their preseason tour of Thailand, Australia, and Norway, but Cristiano Ronaldo won’t be going on at least the first leg of the trip. A family matter has prevented him from reporting for the preseason. 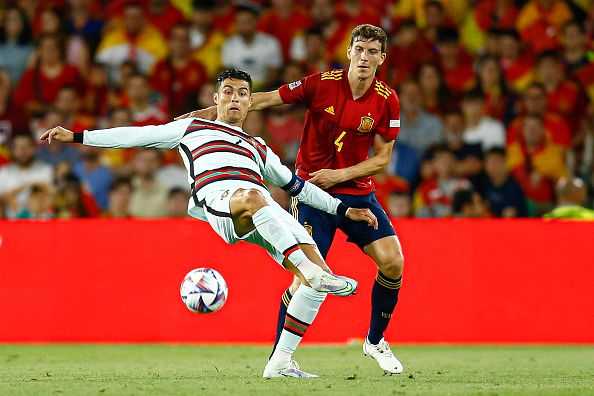 Ronaldo’s passionate and sentimental return to Manchester United went just as many had predicted. He has his fair share of goals, including several crucial ones and a number on the Champions League stage; his six, for what it’s worth, were equal to those of Kylian Mbappé and Darwin Nez. He has been fantastic at interacting on social media. His appearance has generated a chorus of “SIUUU!” cries from the Stretford End, sold a lot of shirts, and drawn a lot of attention. Despite this, United placed sixth in the Premier League, was eliminated from the Champions League in the round-of-16, and will play in the Europa League this season.

Ronaldo wasn’t to blame for United’s comparatively poor performance. His unique skills and requirements, as have been well-documented, may interfere with the desire of a team to play cooperatively under a progressive system. The club’s manager, Erik ten Hag, was hired from Ajax, who seems to have a clear vision for it. However, Ronaldo is a year older and appears to have little interest in working on long- or medium-term projects. It makes sense that he may consider leaving Old Trafford to pursue a team participating in the Champions League this year.