Claressa Shields Has Some Sharp Words For Jake Paul
By Alexandra Wade - November 19, 2021

Claressa Shields, Olympic boxer, did a recent interview with Sports Illustrated in which she called out YouTuber-turned-boxer Jake Paul. According to the two-time Olympic gold medal-winner Shields; “dude is pathetic”.

Paul has so far had four fights in his short career, all of which he managed to secure a win in – three of which were knockouts. His opponents so far comprise of an internet celebrity, a former basketball star, and two former MMA champions. His next bout will be with the cruiserweight Tommy Fury, younger brother of heavyweight champion Tyson Fury, on December 18 at the Amalie Arena in Florida. This will be Paul’s first time up against a pro-boxer. 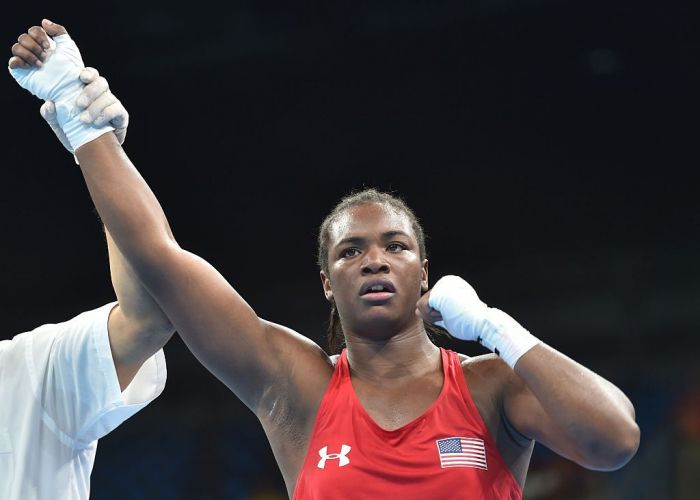 “You don’t even have an accomplishment to say my name,” Shields shot out. “To even speak of me. You’ve never been to the Olympics.”

“When it comes to the real world of boxing, sorry, but Jake Paul would never be no world champion.”

Paul’s seeming reluctance to face-off against professional boxers and instead choosing former athletes and internet content creators is proof to Shields that he is “picking” easy opponents.

“He’s never been in a war,” she said in her interview. “Him coming for me made him feel better about himself, but you still suck at boxing.

“You still don’t have no accomplishments. You still wouldn’t dare get in the same ring with me, let alone spar. And he’s just not even worth me wasting my breath.”