Chloe Kim Says Simone Biles Is An Inspiration To Her
By Alexandra Wade - January 23, 2022

Even a year after Simone Biles, one of the greatest gymnasts to ever compete in the sport’s history, withdrawal from the Tokyo Olympics her decision to do so is still being felt by Olympians and athletes the world over. Another great American athlete, Chloe Kim, recently sat down with interviewer Sean Gregory from TIME magazine and made special mention of Biles’ decision and how it was an “inspirational” moment for her.

“Having that comfort knowing that, ‘Hey, I’m doing something really dangerous, or I’m doing something that is hard on my body, if I mentally can’t do it, then I shouldn’t,'” Kim said to Gregory. “It’s in my best interest. Showing the world that you have to put yourself first and give up something like an Olympic gold medal, that was very touching and inspirational.”

Biles withdrew from the team final in Tokyo 2021, citing her mental health as the reason for doing so. Biles later revealed she was struggling with what gymnasts call the “twisties,” a disorder in which gymnasts can struggle to control their bodies while in the air which can lead to dangerous landings.

As an Olympic snowboarder, Kim can certainly relate to such feelings of being out of control midair. During the Pyeongchang Olympics in 2018, Kim made history as the first female snowboarder to consecutive 1080s and the first woman to land a front-side double cork 1080, which is what snowboarders call the two flips while completing a rotation in the air. 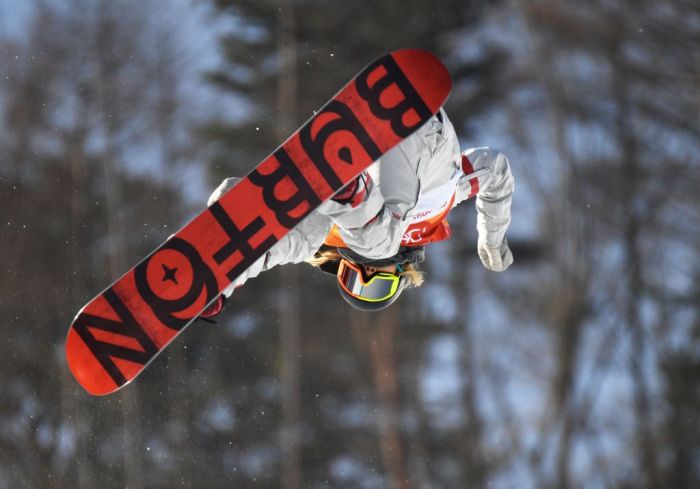 Rick Bower, Kim’s coach, told TIME that he would rather address any issues Kim may have, rather than allow it to build up.

“To talk about it as it comes up, and not push it away or anything, that’s our plan.”

Although Kim is not currently dealing with any such struggles. Kim excitedly revealed to Gregory that she plans to unveil three new tricks in Beijing, saying the tricks are upgrades from her previous acheivements.