The Chicago Bears receive mixed reviews from the national media as the team transitions to a new path under Ryan Poles and Matt Eberflus. Poles inherited a squad that needed some repair from the previous regime; thus, the Bears aren’t considered a legitimate Super Bowl candidate. However, some of the team’s narratives are getting out of hand, including one that claims the team has already given up on quarterback Justin Fields. Most people believe the Bears will be a weak or mediocre team. If you ask ten experts what they think the Bears’ chances are this season, you’ll probably hear ten responses indicating a postseason run is unlikely. 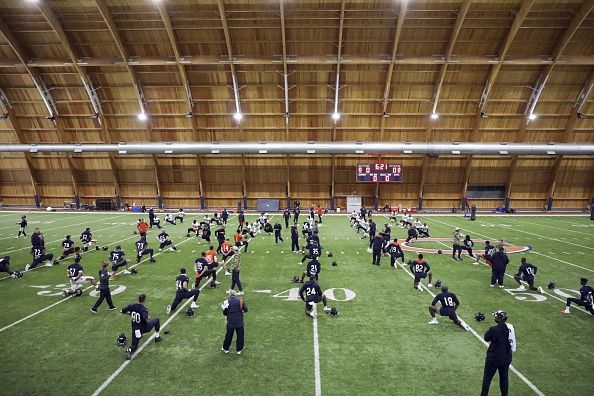 ESPN is the latest site to heap criticism on the Bears. Following the 2022 NFL draft, the site updated its FPI rankings for the upcoming season, and the Bears are rated dead last. FPI is a team strength metric that is the best predictor of a team’s performance for the remainder of the season. A team’s FPI indicates how many points above or below average they are. The projected outcomes are based on 10,000 simulations of the rest of the season using FPI, current results, and the remaining schedule. The Chicago Bears have an FPI of -13.2, which puts them in fifth place behind the New York Jets (-12.8), Houston Texans (-12), Atlanta Falcons (-11.6), and Jacksonville Jaguars (-8.2).

With a score of -11.7, only the Falcons are worse than Chicago’s offense, which will feature quarterback Justin Fields in his second season. The defense isn’t much better, with a -2.1 rating. ESPN does not believe the Bears’ roster has improved on both sides of the ball, and they predict they will be one of the worst teams in the league this season. According to ESPN, they have a 14 percent probability of landing the No. 1 pick, tying them with the New York Jets for the odds. At this point, one could argue that the Bears’ offense isn’t any better than it was last season. Allen Robinson was lost.